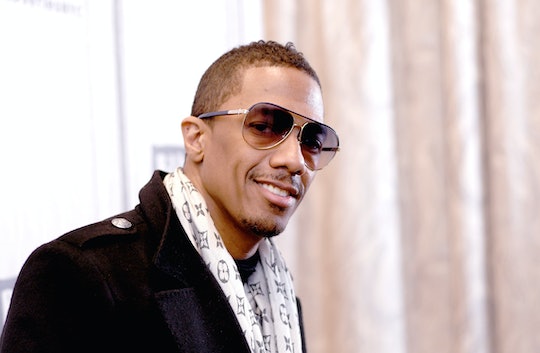 Nick Cannon Opens Up About Welcoming Four Children In A Year

“I had those babies on purpose.”

In the span of seven months, Nick Cannon has welcomed four children and became a proud father of seven. News of each child’s arrival caused a bit of a frenzy on social media and the actor recently opened up about his decision to expand his family. Or more specifically, settle any speculation about it all.

During a recent interview with rap duo City Girls on his Power 106 radio show on Wednesday, Cannon opened up about welcoming four children within a year and pointedly said that he “had those babies on purpose.” The dad of seven made the comment after he asked for life advice from rapper JT, who told him that he should “wrap it up,” which she eventually explained meant “wrap it up and protect yourself,” alluding to using a condom to prevent accidental pregnancies.

“I had these babies on purpose. I don’t have no accident,” he said. “Trust me there's a lot of people that I could've gotten pregnant that I didn't. The ones that got pregnant are the ones that were supposed to get pregnant.”

The Masked Singer host welcomed daughter Powerful Queen with model Britanny Bell last December, then became dad to twin baby boys Zion and Zillion with Abby De La Rosa on June 18. In July, model Alyssa Scott announced that she had given birth to their baby Zen. While Scott has not officially confirmed that Cannon is Zen’s father, she did share a since-deleted post from a maternity shoot where she shared her baby’s full name, Zen S. Cannon, according to People. The proud dad also has 8-year-old twins Moroccan and Monroe with ex-wife Mariah Carey, and he and Bell share 4-year-old son Golden along with baby Powerful Queen.

“I'm like a seahorse out here,” Cannon told City Girls in his interview. “That's just the way I'm procreating.” To be clear, male seahorses are the ones who get pregnant and give birth.

Cannon is clearly a fan of being a dad. “I was built for fatherhood,” he told the magazine Bleu in 2012 after the birth of twins Moroccan and Monroe. “I grew up in a family with a lot of kids. I have taken care of kids my whole life. As soon as my children were born, they became first and everything else became secondary.”

And once he had kids for the first time, he told ABC News in 2016 he knew he would want more. “We're here to be fruitful and multiply,” he told the news outlet at the time. “That's what our beings are made for, so we can raise our offspring up so they can have offspring, and [have] generations after generations.”