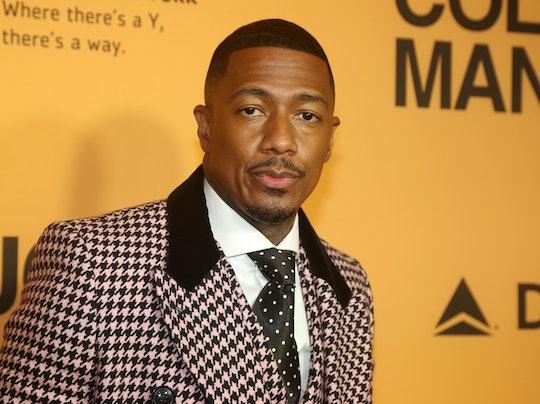 “Hug your people, hug your family, kiss somebody, tell them you love them.”

Nick Cannon is mourning an indescribable loss no parent should have to endure. Cannon, 41, announced the heartbreaking news that his 5-month-old son, Zen, has died from a brain tumor on Sunday.

“Over the weekend I lost my youngest son to a condition called hydrocephalus that is pretty much a malignant, midline brain tumor — brain cancer,” Cannon announced on Tuesday’s episode on The Nick Cannon Show. Hydrocephalus, according to Mayo Clinic, is a condition in which there is an abnormal “buildup of fluid in the cavities deep within the brain.”

Cannon, fighting back tears, explained how he and his family were made aware of the infant’s diagnosis. “I always noticed he had a cough and so I wanted to check it out,” he said. “He had this interesting breathing and by the time he was two months, I noticed he had this nice sized head too — a Cannon head. Like all my kids got really nice round heads. We didn’t think anything of it.”

But when Cannon took Zen to the doctor for his sinus and breathing, a malignant tumor was discovered. The baby had brain surgery and a shunt to drain the fluid out of his head. Cannon and his family were hoping for the best, by around Thanksgiving, Cannon said things took a turn for the worse.

“Up until then he was just like all my other kids just loving and fun and but Thanksgiving we had an interesting turn and the process sped up,” he said. “And ultimately if anybody knows how cancers were, it was cancer in the brain and the tumor began to grow a lot faster.”

Cannon and model Alyssa Scott welcomed Zen, his seventh child, on June 23 of this year. During Tuesday’s announcement, the Masked Singer host went on to share that he made some beautiful memories with his son in his final moments. “This weekend I made a valid effort to spend the most quality time I could spend with Zen. We woke up on Sunday — I got to spend the weekend with him — and I woke up on Sunday and was like, ‘I feel like I want to go to the water.’ We got a chance to go to the ocean.”

The father of seven tearfully added that he didn’t know how he was going to handle the show taping and wanted to grieve with his family. He dedicated his Tuesday’s taping son to Zen. “I know so many people out there have experienced the kind of pain and grief that I’m experiencing right now we all know it,” he said. “This is that time so you never know what somebody's going through. Hug your people, hug your family, kiss somebody, tell them you love them. It’s the holidays.”

Cannon will be taking some time off, according to Entertainment Tonight. While Scott hasn’t made any public statements about this heartbreaking news, she did share a post from their newborn photographer, Candice Berman, on her Instagram Story, remembering Zen as “a sweet, beautiful baby boy.”

More Like This
Twitter Is Applauding Jennette McCurdy For Speaking Out About Toxic Mom In Memoir
Olivia Newton-John's Daughter Says Her Mom Was Her "Safe Place" In Lovely Tribute
Mindy Kaling Has The Chillest Response To Rumors That B.J. Novak Is Her Kids' Father
Drake Jokingly Roasted His Dad About The Tattoo He Got Of The Rapper On His Arm