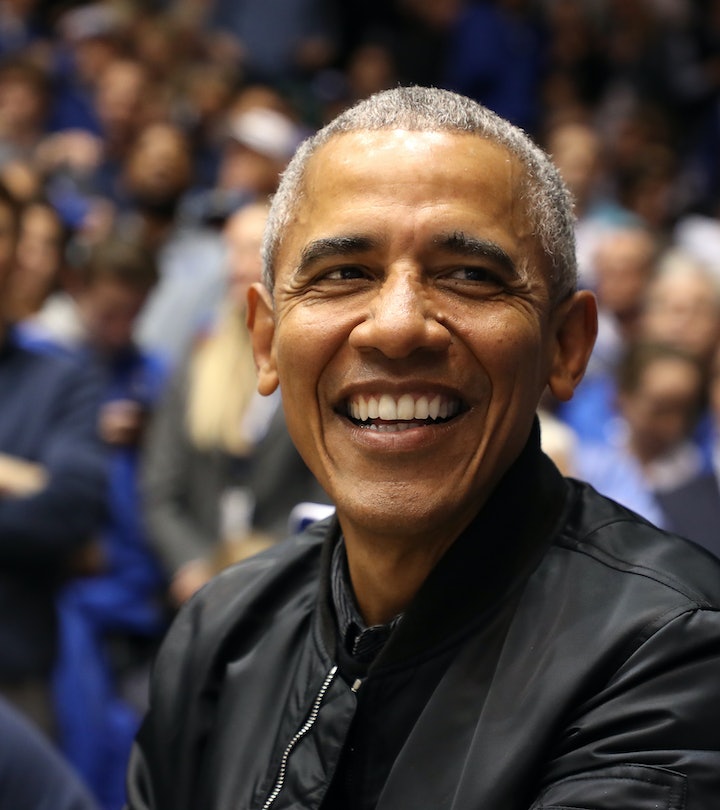 "Coach Obama" did his job a little too well.

He's been Sen. Obama, President Obama, and even Coach Obama. But, as it turns out, the 44th POTUS' run as his youngest daughter's coach didn't last very long. In his newly released memoir, A Promised Land, Barack Obama revealed he had to quit coaching Sasha's basketball team after parents started to complain. Yes, really.

When Obama's daughter Sasha was in the fourth grade, the former president decided to help coach her basketball team with his personal aide, Reggie Love, after "observing an adorable but chaotic first couple of games." "Reggie and I took it upon ourselves to draw up some plays and volunteered to conduct a few informal Sunday afternoon practice sessions with the team," Obama wrote in his book, according to an excerpt published by Entertainment Weekly.

Obama wrote that he and his wife, former First Lady Michelle Obama, didn't want to be "those parents" who yelled at referees during the games, so he opted to take a more proactive approach. And with that, each week he and Love would teach the girls the basics like "dribbling, passing," and "making sure your shoelaces were tied."

With the help of Coach Obama's lessons, the team ended up winning the championship and the former president revealed in his book that he and Love “celebrated like it was the NCAA finals." But not everyone was celebrating, specifically parents from other schools who complained they didn’t have the President of the United States coaching their kids' teams. "They must think being coached by you is something they can put on their Harvard application,” Love told Obama after they decided to step down from the coaching gig, as Obama recalled.

"Despite a few exasperating incidents like that, there was no denying that our status as the First Family conferred plenty of benefits," Obama wrote in A Promised Land, which was released on Nov. 17.

Obama has always been a basketball lover. Even to this day, you can catch him shooting hoops. For instance, while campaigning for President-elect Joe Biden earlier this year, Obama stopped by a gym and shot a perfect 3-pointer into the hoop. "That's what I do," Obama shouted in an Instagram video that documented the shot, with Biden following him saying, "Whoa, whoa, whoa! All net!"

And, of course, Obama has always been an involved dad. Beyond coaching Sasha's team, in his memoir, he recalls taking his daughters on after-hours trips to the museum and getting advanced DVD copies of new movies for them to see at the White House. And in a true dad fashion, Obama has been known to embarrass his daughters with his dad jokes, like during his turkey pardons or the time when he surprised his dauughter Malia and sang her Happy Birthday when she turned 18. Between all his roles, it's clear this is his favorite one. As Obama shared in his book, "Given all the time I’d missed with the girls over years of campaigning and legislative sessions, I cherished the normal ‘dad stuff’ that much more."