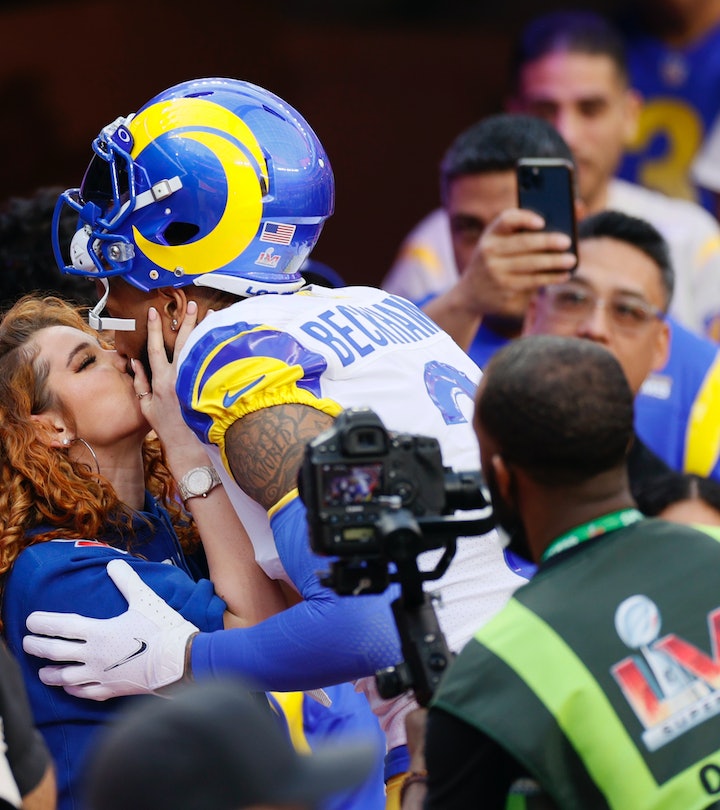 The NFL star said he’d be on “standby” throughout the Super Bowl.

Odell Beckham Jr. (OBJ), wide receiver for the Los Angeles Rams, didn’t come to play. He scored the first touchdown of Super Bowl 2022, but his anticipation is split because his partner, Lauren Wood, is, as they say, “good and pregnant.”

“I want to be able to see my child being born, so I’m on watch, I’m on standby,” Beckham is quoted in New York Post to have said this February. So let’s find out more about these parents-to-be .

Who is Lauren Wood?

Wood is a fitness trainer, model and influencer with over 1.7 million followers on Instagram. She’s also made television appearances on Wild ‘N Out and Ballers. She’s 28 years old and born in Texas, but now resides in Los Angeles. What’s more, Wood was also in the Air Force, as she told I Saw It First.

OBJ and Wood’s relationship started in 2019

The couple took to Instagram in November of 2019 to make their relationship social media official, as the New York Post reported. It was on Odell Beckham Jr.’s 27th birthday and they could be seen enjoying a fun night out! Since then, they have had moments (not a massive amount) of making their love public when they felt like sharing.

Over the years, they’ve shared birthdays, she’s supported him through injuries, and now the couple is expecting their first child together and couldn’t be happier.

Wood announced her pregnancy in November 2021

The couple revealed the happy news in November 2021 when Wood posted a series of photos showing her baby bump on Instagram with the caption, “ilyilyily.”

In a recent press conference, OBJ confirmed their baby’s due date was quite literally around the corner. “And baby watch, man, I’m literally, my phone is right here just in case, so I’m on call.”

Sounds like it could be any minute now and with a Super Bowl win on his plate, OBJ must be more excited than ever.

More Like This
Chrissy Teigen Reveals She’s Pregnant, Expecting Again With Husband John Legend
Khloé Kardashian Has Welcomed Baby #2 Via Surrogate & Is Keeping The Name A Secret
Kaavia James Obviously Had A Shady Response To Letting Her Mom Be Elsa From ‘Frozen’
Bindi Irwin Reveals Her Daughter Carries This Random Item Everywhere "Just In Case"