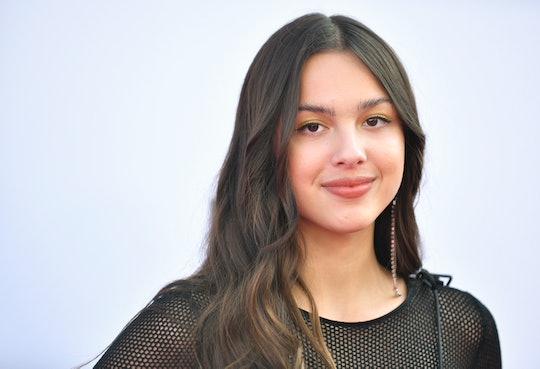 Her mom is a teacher and her dad is a therapist.

Olivia Rodrigo became a massive celebrity when her song “Driver’s License” came out in 2021, and she was just 18 years old. That’s a lot of responsibility for such a young woman. Now just a year later, she has been nominated for a whopping seven Grammy awards. How does she handle all of that attention? It helps that she has two parents who are incredibly supportive of their daughter.

Rodrigo was raised in Temecula, California as an only child. Born in 2003, if you can believe it, she was seriously talented right out of the gate. Her parents put her in acting and singing lessons when she was just 6 years old and was performing in local theaters soon after. By the time she was 18, she became a household name with her Grammy-nominated song “Driver’s License,” surprising perhaps everyone but the two people who knew her best. Her parents, Ronald and Sophia Rodrigo. So here’s everything you need to know about the star’s biggest fans.

Ronald Rodrigo is a family therapist whose grandfather came to the United States alone when he was just a teenager. Rodrigo shared a bit of her family story on the Disney Channel’s YouTube page in honor of Asian Pacific American Month. "My heritage is a part of who I am. I am part Filipina on my dad's side of the family,” she explained. “My Filipino heritage comes from my great-grandfather. He came on a boat from the Philippines when he was just a teenager.”

Olivia said in that same video that she believed she inherited a lot of traits from her family. For instance, “my parents, they've taught me how to be kind and respectful, and to always do the right thing."

She was homeschooled by mom Sophia.

Rodrigo’s mom Sophia was a school teacher, something that presumably came in handy when she was homeschooling her daughter. Rodrigo opened up about what homeschooling looked like for her in an interview with Glamour, admitting that it kind of helped her during lockdown. “You know what, I am a homeschool kid, so I'm so used to being in my house on my laptop, but with my parents,” she told the magazine. “So I've kind of been preparing for this moment for a while and I feel very fortunate to be able to say that I'm in a really good place.”

Her parents got her piano lessons and she didn’t love them.

Rodrigo told MTV UK that her parents put her in piano lessons when she was little and she hated it. “I had my first proper piano lesson when I was probably 9 years old, and I hated it. I would cry before every lesson.”

Fortunately, things turned out well for her in the end. “But, in hindsight, I'm very glad I was forced to be in piano lessons because I use those skills that I was taught every day. Playing piano is one of my favorite things to do now, so [I'm] grateful that my parents forced me to do that."

Her mom contributed to “Driver’s License.”

The next time you listen to “Driver’s License,” pay close attention to the car noises you hear in the background. Those were Sophia’s contribution. “We produced it using sounds from my mom's car and put it out,” Rodrigo told MTV. Even Rodrigo’s parents’ car supports her career. Amazing.