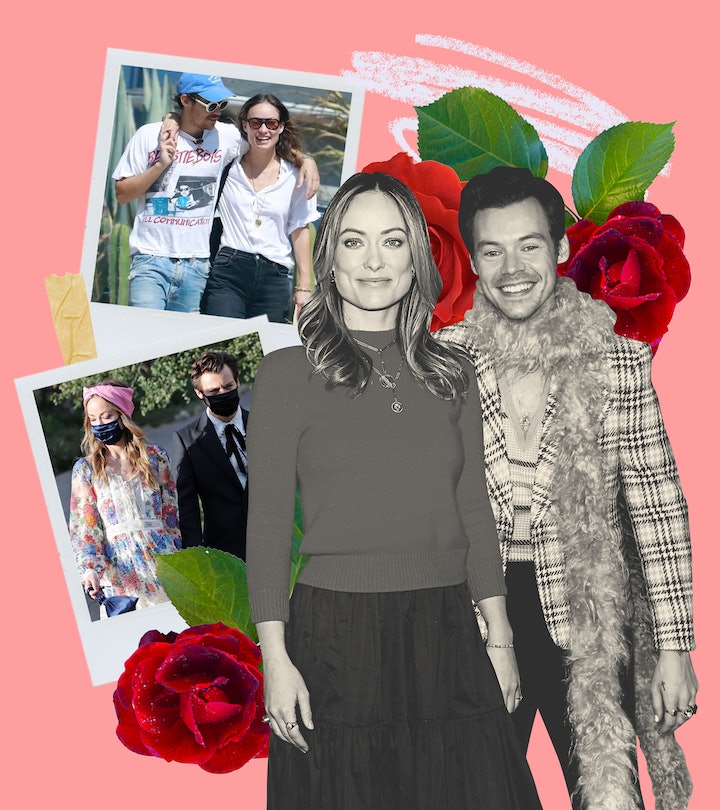 Olivia Wilde Had A Hot Mom Summer & This Mom Approves

She is demonstrating a nonchalant freedom normally reserved for Leonardo DiCaprio.

One fine day in 2012, Harry Styles winked at me. One Direction had just filmed a concert at the TV network I worked for, and I was in the hallway, tween screams still ringing in my ears, as Styles sauntered out of the studio, shot his disarming smile my way, and fluttered an eyelid. Was a teen idol flirting with me, a full-grown woman, with the skill of a 50-something divorcé? Yes, and, honestly, I’ve never been the same. Sure, he was a wee lad of 18 and I was a decade older, but so is his rumored girlfriend, Olivia Wilde.

Ten years might’ve seemed like a big age gap to me when Styles was a teenager, but a 27-year-old man dating a 37-year-old woman is truly not a big deal. (Please. There are 75-year-old men out there shuffling to the altar to wed 22-year-olds.) In fact, I respect Styles’ appreciation of slightly older women even more now that he appears to be dating a mother of young children, enacting the summer escapist fantasy of any mom worn ragged from 18 months of pandemic life.

The fine pair was first photographed smiling at each other on the set of Don’t Worry Darling, a psychological thriller Wilde directed and Styles has a supporting role in, and then at Harry’s manager’s wedding in January, where they held hands while looking custom made for each other in ‘70s-inspired Gucci. Since then, it’s been a whirlwind of happy photos; there are no hat brims obscuring their faces and they do not roll their eyes at the paparazzi. Greeting each other outside their LA homes with wide, almost dopey smiles, or walking to lunch dressed in matching ripped jeans and white shirts and casually hugging on a sun-kissed day, Wilde and Styles don’t look to be courting attention, but they’re also not doing anything to avoid it. It’s as though they’re so high on each other that they don’t mind us bearing witness to the love fest. And what’s more intoxicating than cool people in the heat of a massive summer love who don’t care about anything but each other?

Olivia and Harry’s dolce vita goes beyond the quotidian vicarious pleasure of seeing celeb couples on vacation. This is a mother living with a level of nonchalant freedom normally reserved for Leonardo DiCaprio, in a year when the scope of parental obligations has expanded to include virtual classroom assistant and infectious disease expert.

That’s not to suggest Wilde is shirking any responsibility here. She is a wealthy person. One can trust that the travel arrangements are COVID-safe and the kids are looked after. Plus, they have a great dad. Since year one of the pandemic, Olivia’s ex Jason Sudeikis has enjoyed positive press for creating and portraying Ted Lasso, the aphorism-espousing soccer coach and gentle dad who has won hearts the world over. But where some celebrities would mount a complementary PR campaign to pitch themselves as the equally virtuous mother — spending a couple months doing the single mom routine for the cameras, or staging a coparenting photo shoot at the kids’ baseball game — Wilde has simply and fabulously proceeded to live her life, while also kissing Harry Styles. People might be talking, comparing, judging. Why should she care?

If Ted Lasso is our pandemic TV dad, then maybe Olivia Wilde should be our fun pandemic mom. Her public-facing relationship with a multi-hyphenate angel isn’t revolutionary, but it does flout the shame and discretion historically expected of mothers who deviate from the humble, doting mom norm, which I think even non-famous moms can appreciate. Parenthood is often a performance that we are judged on by friends and strangers alike, and Wilde appears to be prioritizing her own good time ahead of the image of idealized motherhood.

If Wilde’s cavorting with a dimpled pop star prince has proven anything, it’s that the post-marriage-and-babies shake-up we once called a mid-life crisis in men can look different and, I dare say, a lot better on a mom. Maybe that’s because the whole idea of the mid-life crisis denotes trying desperately, and often fruitlessly, to cling to lost youth, and whatever’s happening on that yacht isn’t a crisis, it’s a celebration. The pictures I’ve seen show two people too happy to contain it, and a fully formed woman unabashedly choosing pleasure.

I need Olivia Wilde to keep doing what she’s doing. She’s the celebrity mom that moms, especially moms of young kids, need right now. I haven’t been to the mall, let alone on vacation, in almost two years. I also don’t have one picture of myself alone. The last selfie I took was a shot of my boob as the last drops of breastmilk fell from it to commemorate my toddler being fully weaned. We still very much live with the notion that after motherhood, all choices should be made for (and sometimes by) our children. To witness a mom over 35 luxuriate in doing whatever the hell she wants — seeing proof that freedom and motherhood can coexist — sends a bolt of hope to the pit of my mom-guilt-ridden stomach.

Wilde is also teaching her own children a valuable lesson — that her autonomy is not dependent on her status as a parent. Or, in her own words: "there are a lot of women out there who are still not giving themselves permission to chase their dreams because they deal with guilt connected to motherhood. [...] You are no less of a mother because you chased your dreams."

I think we can all agree that Harry Styles is the dream. Get it, ma.