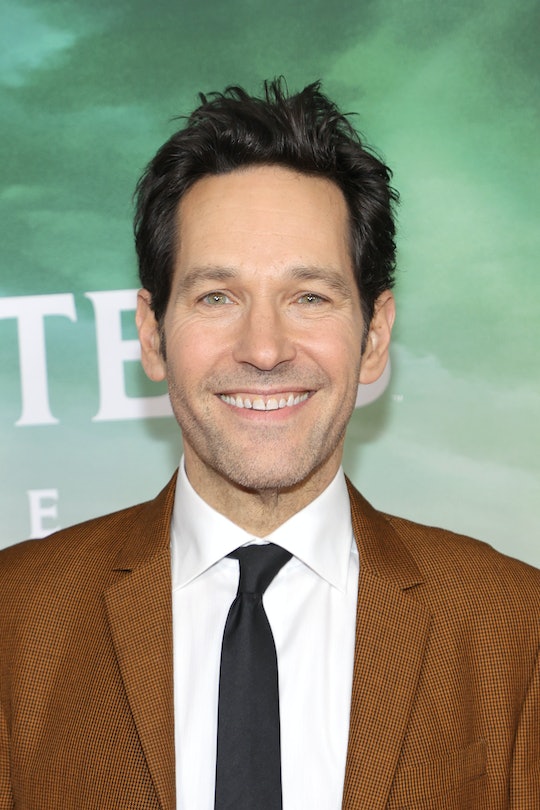 When 12-year-old Brody Ridder came home from school with his yearbook, his mom Cassandra Cooper was heartbroken to see that he had barely any signatures on the pages. The Westminster, Colorado boy had apparently taken his yearbook to all the kids and only received a few signatures, two from teachers and two from other kids. Well, now it seems Brody has one more to add. Paul Rudd, who read about Brody after his mom’s post about his yearbook went viral. Not only did the actor reach out with a note, he also sat down for a FaceTime with him. An American treasure if ever there was one.

Cooper shared photos of her son’s yearbook on Facebook at the end of May, noting that he even took it upon himself to write a message in his own book after so many kids said no. “Hope you make some more friends. Brody Ridder,” he wrote in the book. The sad story of young Brody’s yearbook was discovered by some older students at the PreK-12 school he attends found out about it and decided to sign the book themselves. So many that there was a line-up to sign his book and the story was covered in The Washington Post.

Little did Brody know a Marvel superhero was about to send him something very special. Ant-Man himself, Paul Rudd, sent Brody a signed Ant-Man helmet with the message, “To my good friend Brody for when he takes on the world,” which Cooper shared on Facebook.

The star also sat down for a FaceTime chat with Brody, telling the smiling 12-year-old “I heard about you, and I’m like ‘I gotta talk to this kid, because this kid sounds like my kind of guy.’” He went on to list all of the things Brody likes, chess, fencing, and dinosaurs, while the young boy just kept nodding and grinning. It was a beautiful moment. A moment Rudd himself has not commented on, in fact.

After speaking with Brody, Rudd sent him a letter of encouragement. “It's important to remember that even when life is tough that things get better. There are so many people that love you and think you're the coolest kid there is — me being one of them! I can't wait to see all the amazing things you're going to accomplish. Your pal, Paul.”

Paul Rudd, like the high school kids who stepped in to make Brody feel better, understands how difficult it is to be a 12-year-old. To feel alone or different or forgotten. What he gave Brody was more than a helmet or a video chat. He gave him confidence. He gave him armor.