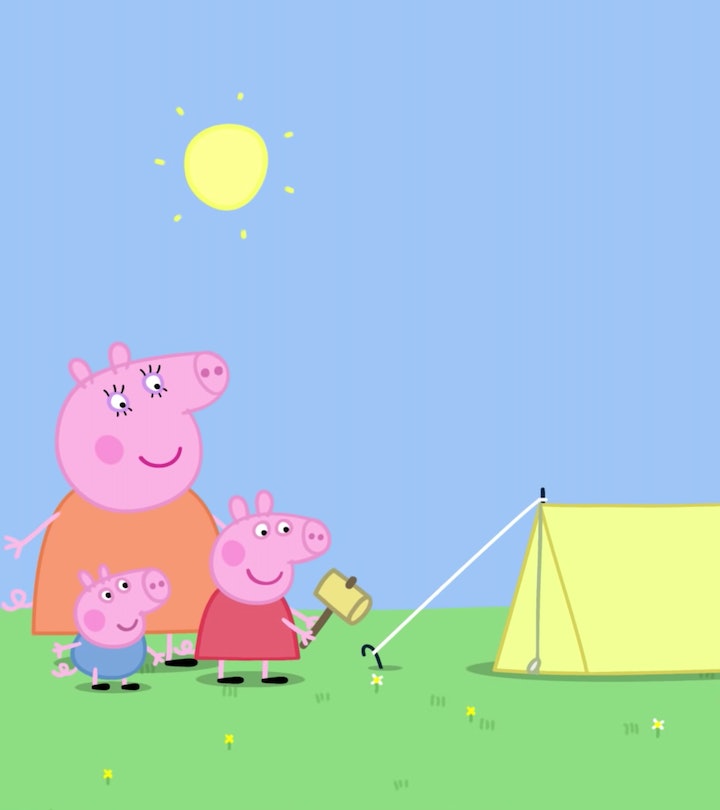 Peppa Pig is going camping and she’s inviting your family along for the fun! Round Room Live and Hasbro, the company behind the Peppa Pig franchise, announced Tuesday that it’s launching a new North American tour of Peppa Pig Live! in the fall of 2021. The live show will bring audiences 60 minutes of music, dancing, life-sized puppets, sing-along songs, and of course, the sassy antics of Peppa herself.

Peppa Pig Live! Peppa Pig’s Adventure follows Peppa as she sets off on a camping adventure in the woods. But of course, Peppa isn’t camping alone. Joining her are her are Daddy Pig, little brother George, and her school friends Pedro Pony, Suzy Sheep, and Gerald Giraffe. For Peppa and her friends, the trip promises to be full of adventure and exciting surprises.

“We can’t wait to bring this dynamic and engaging show back to audiences across the country,” Round Room Live co-president and tour producer Stephen Shaw said in a statement shared with Romper. “Fans have been waiting over a year for live entertainment to responsibly return and while we plan to continue offering memorable experiences for the entire family, our priority is to keep everyone safe and protected by working with venue and health officials in every city.”

For now, it’s not clear when and where Peppa Pig Live! shows will happen. But fans can expect tour dates and cities to be announced soon. To keep up to date with all the latest Peppa Pig Live! info, including ticket release dates and front-of-the-line VIP access to premium seating, parents are encouraged to sign up for emailed updates at peppapigliveus.com.

Created by Neville Astley and Mark Baker in the early 2000s, Peppa Pig is the title character of a popular animated British children’s show geared toward preschoolers. Like the TV series, Peppa Pig Live! centers around the adventures of Peppa Pig, a young anthropomorphic little pig who is often described as being lovable but bossy.

While the show proved to be a big hit with kids in Britain — Princess Charlotte has said Peppa Pig was her favorite cartoon — it’s also captured quite a sizable fan base here in the United States and in countries around the globe. After premiering in 2004, the show now airs around the world in more than 40 languages and is said by Hasbro to be the number one most streamed preschool show for kids of any age globally.

You can find episodes of Peppa Pig on Nick Jr., Paramount+, Amazon Prime Video, and Roku as you wait to learn if Peppa Pig Live! will be making a stop near you.