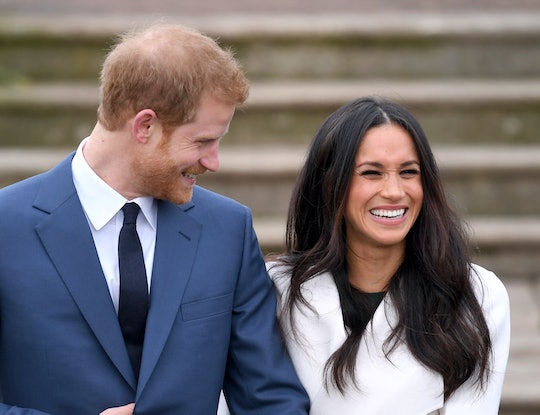 Prince Harry & Meghan Markle Once Met Up & Flirted At A Supermarket

In a revealing new podcast interview, Prince Harry surprised royal fans by admitting that he and Meghan Markle once arranged an incognito meeting at a supermarket in London early in their relationship. While the meeting was meant to enable the pair to pick up a few essential items, the Duke of Sussex confessed the secret supermarket meet-up had also proved to be a rare chance for some public flirting.

There’s no denying that Prince Harry is one of the most immediately recognizable members of Britain’s royal family. After all, his image has been splashed across newspapers, magazines, and television screens since he was a baby. So when Dax Shepard asked Harry if he’s ever managed to run errands with Meghan on the latest episode of the actor’s Armchair Expert podcast, it was surprising to hear the royal admit the couple had once managed an incognito supermarket trip.

“The beauty of it is the first time that Meghan and I met up for her to come and stay with me, we met up in a supermarket in London and pretended we didn’t know each other,” Harry told Shepard, adding that he’d donned a baseball cap for the occasion in an attempt to “stay incognito.”

But instead of meandering the store’s aisles side-by-side — which likely would have alerted the world to their burgeoning romance — Harry said he and Meghan exchanged text messages from opposite sides of the store. “People were looking at me, giving me all these weird looks and coming up and saying ‘hi’ or whatever and I’m texting her, asking ‘is this is the right one?’ and she’s like ‘No, you want parchment paper,’” Harry said with a laugh.

Shortly after announcing their engagement in 2017, Harry and Meghan told the BBC's Mishal Husain that they were first introduced to each other in 2016 by a mutual friend. “We went and met for a drink,” Meghan told Husain. “And then I think very quickly into that we said, ‘Well, what are we doing tomorrow? We should meet again.”

The couple said they were able to keep their relationship completely private for about five to six months. It was during this time that the pair likely arranged their covert supermarket meet-up.

While Harry is still a recognizable public figure, he told Shepard his life has become significantly less stressful since he stepped down as a senior working member of the royal family and moved to California with Meghan. “Living here now, I can actually lift my head,” Harry said. “I feel different. My shoulders have dropped. So are hers. We can walk around feeling a little bit more free.”

One of the biggest perks to the royal’s newfound freedom? “I get to take Archie on the back of my bicycle,” the soon-to-be father of two told Shepard. “Though now that I’ve said that [the paparazzi] are probably going to be [watching] but I would never have had the chance to do that.”