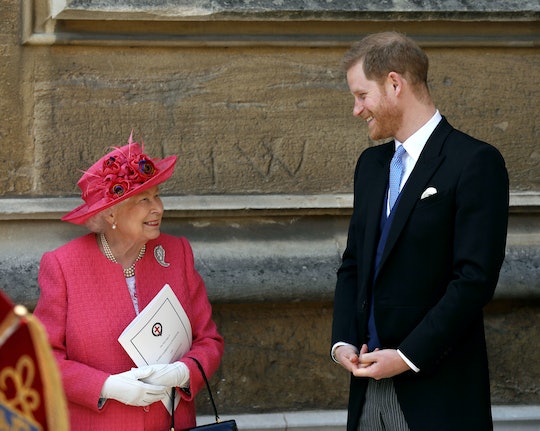 “Life, of course, consists of final partings as well as first meetings.”

While Prince Harry, Duke of Sussex, famously stepped down as a “working royal” in 2020, his less official role in the family did not interfere with his relationship with Her Majesty, his beloved Granny, Queen Elizabeth II. In his famous interview with Oprah Winfrey, he noted that the couple’s move to California prompted more conversations with the monarch than Harry had enjoyed in “many, many years,” and that she would always be his “Colonel-in-Chief.” In response to her death, he wrote in loving memory of the Queen with particular affection toward the first time she met her great-grandchildren, 3-year-old Archie and 1-year-old Lilibet.

The theme of Harry’s message, which was shared on the Archewell Foundation website (the organization he founded with his wife, Meghan Markle), was one not just of final goodbyes, but of important hellos. “Let us echo the words she spoke after the passing of her husband, Prince Philip,” he wrote, “words which can bring comfort to all of us now. ‘Life, of course, consists of final partings as well as first meetings.’”

He celebrated and eulogized her life by remembering joyful “first meetings” with her majesty: early memories, meeting her for the first time as “Commander-in-Chief” when he joined the Army Air Corps, introducing her to his future wife, Meghan (he left out the bit where he taught her to curtsy beforehand), and, of course, the first time she “hugged [her] beloved great-grandchildren.”

Queen Elizabeth, along with her husband, Prince Phillip, met the prince’s first child, Archie, shortly after he was born in May 2019. The event yielded some incredibly sweet photographs.

Harry and his family moved to North America shortly before the Covid-19 pandemic spread globally. As such, they were unable to visit with Her Majesty for quite some time: Harry did not see her in the flesh again for more than a year, when he returned to the UK for his grandfather’s funeral. He and Meghan visited again — sans children— in April 2021 on their way to the Invictus Games in the Hague. Lilibet, who is named after the Queen (Lilibet was her Majesty’s childhood nickname), was finally introduced to her namesake during a private family luncheon during the Platinum Jubilee in June of this year. She was over 1 year old.