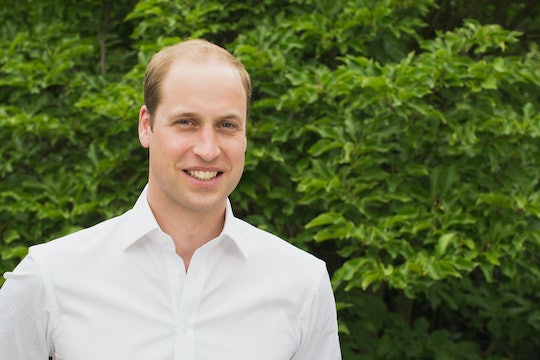 Was Anyone Else Expecting To See A Royal Gun Show In Prince William’s Vaccine Pic?

Is he flexing? You tell me.

I’m sure we all remember that the Duke of Cambridge tested positive for COVID-19 in 2020. It was presumably a pretty difficult time for him, his wife Kate Middleton, and their three young children. So it was with great relief to see a photo of Prince William getting vaccinated. Relief and OK, a whole lot of thirst, because his arms are... really something.

Prince William took to the Duke and Duchess of Cambridge’s social media channels to share the good news that he had received his first dose of the COVID-19 vaccine on May 20, more than a year after he contracted the virus last April.

"On Tuesday I received my first dose of the COVID-19 vaccine,” he captioned the post. “To all those working on the vaccine rollout - thank you for everything you've done and continue to do.”

The photo showed Prince William wearing a mask with his long sleeve rolled up, exposing his bare arm. Which should not be terribly exciting except think about it... how often have you seen Prince William’s bare arm? You haven’t seen it like this, I promise you. Because you would not forget it. Under those sensible blazers and sweaters and button down shirts often coordinated with his wife, Prince William has apparently been hiding arms of steel. No longer.

Prince William has been hiding some solid muscles.

The reaction to Prince William’s vaccination photo has been nearly unanimous: whoa. “Those guns tho!!!” wrote one thoughtful social media user, while another added, “Wasn’t expecting a gun show this early but happy I got an invite.”

All of those muscles were a bit too much for some of the more sensitive social media users. “I’m blushing,” wrote one person. Another was worried about all the excitement and reached out to Prince William’s wife, “kate come get your man, the girls are thirsty.”

Presumably Prince William has gotten accustomed to all of this attention, especially since he was named “World’s Sexiest Bald Man” by a People magazine survey in March. Certainly it seems to me that he was aware of the effect his bare arm would have on the general public. It looks like he could be flexing those muscles for an extra little treat...