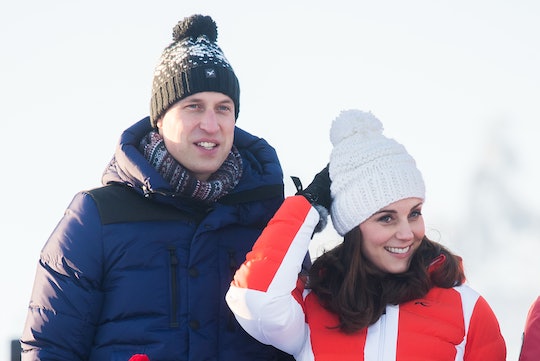 And the reason why may make you a little emotional.

While the queen may have voted for a teeny, tiny corgi to move into Kensington Palace with the Cambridges, Prince William and Kate Middleton got a new puppy who sounds absolutely adorable, according to multiple reports.

The Duke and Duchess of Cambridge reportedly got a new black cocker spaniel puppy just months before their beloved family dog, Lupo, died in November 2020, as People reported. Their new dog was a gift from Middleton's brother, James, who has bred multiple cocker spaniels of his own, according to the Evening Standard.

While the Cambridges and their three kids — Prince George, Princess Charlotte, and Prince Louis — have not yet shared a photo or revealed the name of their newest addition to the family, they are apparently "besotted" with their pup. The Mail on Sunday reported that the family got to specifically pick their new addition, which is now 8 months old, from the litter of cocker spaniels.

"The new puppy is adorable and the whole family are besotted," a family friend told the Mail on Sunday. "They were devastated when Lupo passed away, as any dog owner will understand, but they got the puppy before he died. It was hoped that a younger dog would give Lupo some company and give him a little more life and energy."

Like this new pup, Lupo was also a black cocker spaniel, whose mother, Ella, belonged to Middleton's parents. In 2018, Middleton told one military wife during a Christmas party at Kensington Palace that they got Lupo to keep her company during Prince William's deployment to the Falkland Islands in 2012, less than one year after they got married.

After nine years of companionship, in November 2020 Prince William and Middleton announced on Instagram that Lupo had died. "He has been at the heart of our family for the past nine years and we will miss him so much," the couple wrote in the caption of the post.

The Cambridge children are big fans of animals. In addition to Lupo and the new pup, the family has had a pet guinea pig named Marvin and chickens at their country home of Anmer Hall.

Now that the cat (or, should I say, dog) is out of the bag, hopefully the family shares a photo or reveals the name of their new addition soon.