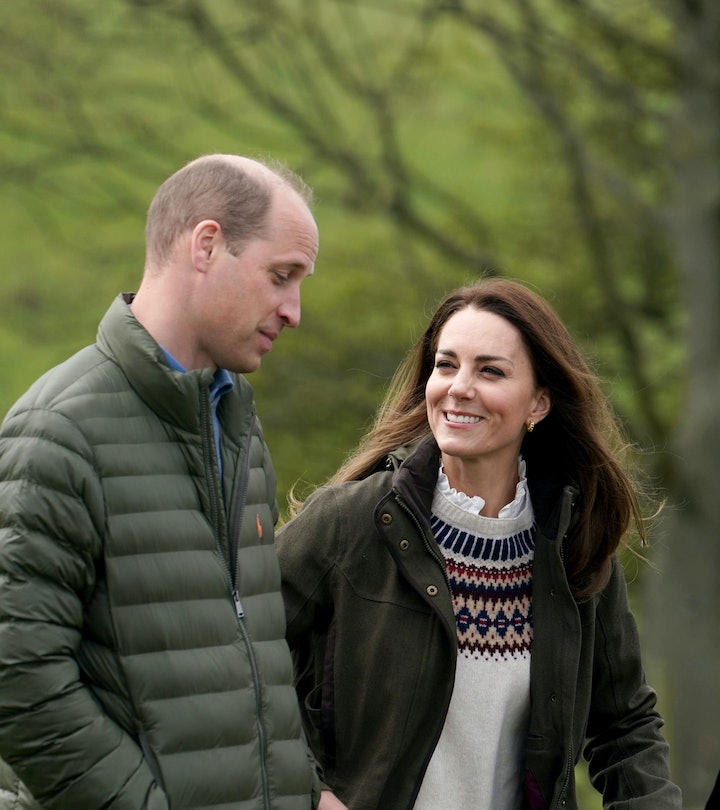 Prince William and Kate Middleton are bringing a touch of royalty to YouTube. This week, the Duke and Duchess of Cambridge surprised fans by launching their very own channel. To kick off their new venture, the royal couple released a 25-second video featuring clips of them candidly joking with each other about being filmed.

“By the way, you’ve got to be careful what you say now because these guys they’re filming everything,” Prince William says to Middleton, eliciting nervous laughter from the duchess as the pair sit on a couch in what appears to be their private home.

The video then transitions into quickly showing clips of the Cambridges at various royal events. First, there’s the couple visiting the Badshahi Mosque in Lahore, Pakistan, in 2019. Then a clip from their arrival at the BAFTAs that same year followed by footage of Middleton shooting a traditional bow and arrow during a royal visit to Bhutan.

The highlight reel continues with various clips of the Duke and Duchess of Cambridge waving, posing with children, touring various places, and completing volunteer work before sharing a clip of Prince William flying in one of London’s Air Ambulances after becoming a patron of the charity in 2020 and a clip of him awarding a trophy. Then there’s a clip of Middleton learning how to shear a sheep on a farm in Cumbria in 2019 and Prince William interviewing naturalist David Attenborough.

The Cambridges’ first YouTube video ends with a clip of them standing in front of the camera as if waiting for a cue. “You don’t need to roll your ‘r’s,” Middleton tells her husband. “Do I not?” he responds before the highlight reel kicks in again, showing a clip of them with the queen before cutting off.

However, it wasn’t immediately clear what subscribers to the Cambridges’ official YouTube channel might expect from the royal couple going forward. When announcing the channel across their other social media platforms, the Duke and Duchess of Cambridge said “we’re now on YouTube” before asking fans to subscribe. As a result, it’s unclear if the royals plan to use the channel to promote their various royal appearances or if they’ll share a more personal glimpse into their private lives.

Either way, the move to YouTube is evidence of the Cambridges’ efforts to expand and perhaps personalize their social media presence just a few months after Prince Harry and Meghan Markle revealed they were launching their own podcast.