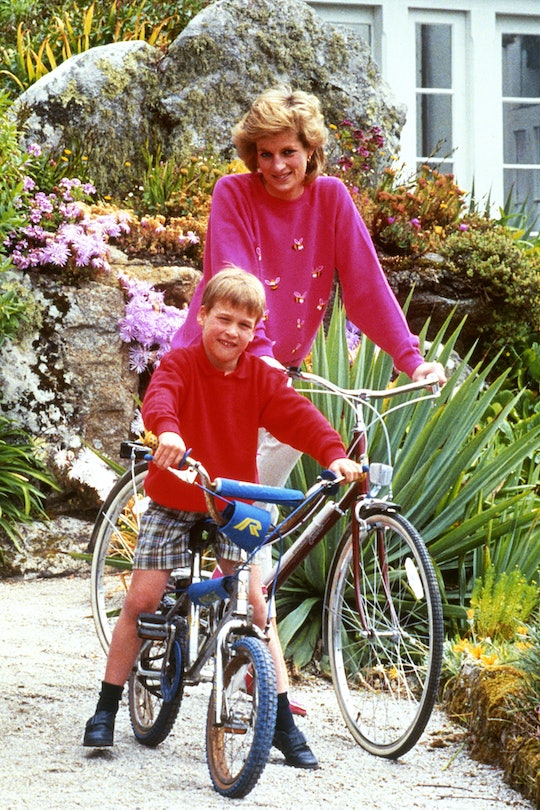 Along with a signed photo of her with Prince William and Prince Harry.

Imagine owning an actual piece of Princess Diana’s personal history. It could happen if you were willing to bid on the late royal’s childhood bike, which just went up for auction. Not only is it a piece of the Princess of Wales’ own history, it’s actually considered an important bit of toy memorabilia of its own accord.

The very bicycle little Lady Diana Spencer rode around her family’s country home of Althorp House as a girl is heading to East Bristol Auctions on July 24, with an opening bid of 15,000 GBP (around $20,500 U.S.). The vintage red bicycle from the ‘70s was made by Trusty Manufacturing Co. and features the original tires, y-frame handle bars, a vinyl saddle, and rear spring suspension. But most importantly, Diana Spencer rode that little bike before she would grow up to marry the heir to the throne, become Princess of Wales, and welcome Prince William and Prince Harry before walking away from her royal life and changing history.

Back then, she was just a kid on a bike. And if you feel like forking over a minimum of $20,000, you can own a piece of that particular chapter of her history.

Princess Diana’s bike is “far from just a run-of-the-mill child's bicycle,” as East Bristol auctions toy specialist Lucy McCourt told People. "One can almost imagine the young Diana riding around her childhood country estate on this. And there is, naturally, a tinge of sadness to it also."

The bike was sold to Althorp House staff member Maudie Pendrey, who bought it for her 7-year-old son when the Spencer family held an auction. From there, the bike was sold at auction by Pendrey’s son in 2007 to the House On The Hill Toy Museum.

Along with the bike, a personal Christmas card featuring a photo of her with Prince William and Prince Harry, signed by Princess Diana in 1994 to Mrs. Pendrey, will be sold at auction.

There has been a massive demand for her personal items at auction over the years. A collection of her personal letters to friend Roger Bramble between 1990 and 1997 sold for around $113,000 earlier this year. As well, another bike of Princess Diana’s, a blue ‘70s Ladies Traveller she rode as a nursery school teacher in her early days of dating Prince Charles, sold at auction for around $60,000.