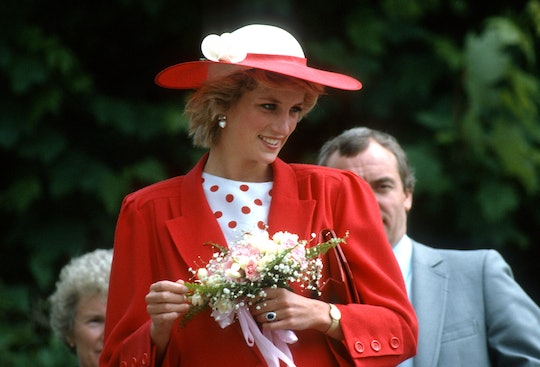 Bridgerton has a deep connection to Princess Diana's childhood home.

There’s more to Shonda Rhimes’s Netflix series Bridgerton than sex, intrigue, and amazing period clothing. There was also the Regency England-era gorgeousness of Bridgerton House itself to lust after. The opulent mansion was the perfect backdrop for Daphne and her Bridgerton siblings to lounge around on fainting couches or play the piano or simply walk and talk, their one true passion. And it seems that particular house has a Princess Diana connection. According to Bridgerton creator Chris Van Dusen, Bridgerton House was inspired by none other than Althorp House, the 16th century childhood estate where Princess Diana spent her teen years. And what’s more, Princess Diana’s brother Charles, Earl Spencer, was delighted to find out the news.

Back in December, when watching Bridgerton on Netflix was the only thing any of us were doing with our holiday time, Van Dusen was busy live tweeting with fans who couldn’t get enough of the show. “The interior of Bridgerton House was inspired by my visit to Althorp when I was developing the show,” he tweeted. “Elegance. Opulence. And that #staircase.”

All these months later, the ninth Earl Spencer whose ancestral home is Althorp House in Northamptonshire, responded to that tweet. “Just seen this, below - such a compliment to those of my family who went before me, making @AlthorpHouse what it still is today.”

Princess Diana moved into the main house on the Althorp estate in 1976 when she was 14 years old alongside her younger brother and two older sisters. Two decades later, Princess Diana was brought back to Althorp House, a place she reportedly loved, to be laid to rest after her untimely death in a 1997 car accident in Paris. “Looking back, it was probably the happiest time of her life. You get the sense that she is coming home,” former Althorp House cook Betty Andrews told the BBC at the time. “Her father is buried here. I'm sure it is what she would have wanted.”

Guests can visit Althorp House and can even pay their respects to Princess Diana themselves. She is buried on an island in the center of an ornamental lake called the Round Oval in Althorp Park’s Pleasure Garden. Knowing that Bridgerton House has a connection to Althorp House makes it easier to imagine Princess Diana herself watching the Netflix series.