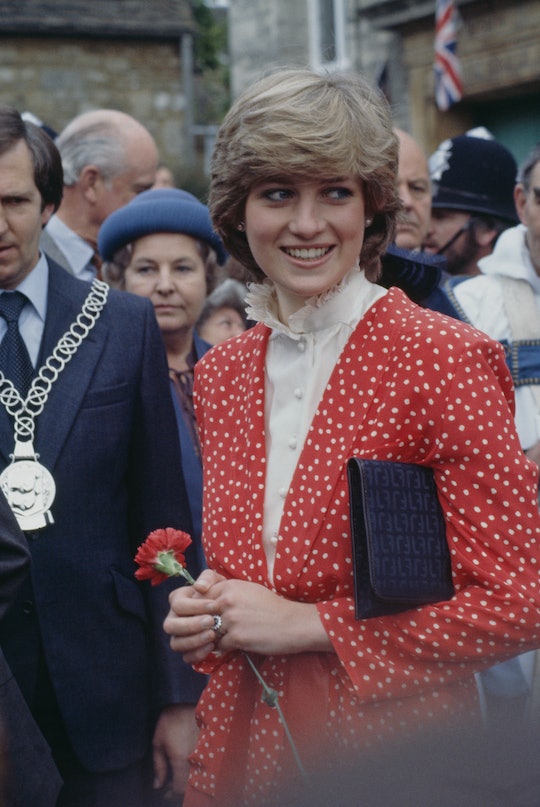 Princess Diana’s Brother Shared A Rare Childhood Photo Of Her

Charles Spencer marked what would have been her 60th birthday with a rare picture.

The family of Princess Diana have remembered the late royal on what would have been her 60th birthday. To mark the occasion, Charles Spencer, the Princess of Wales’ younger brother shared a rare childhood photograph of Diana standing in front of the house she was born in while wearing pigtails and knee socks.

“Today is the 60th Birthday of Diana, Princess of Wales,” a caption posted alongside the black-and-white photo to the official Instagram of Althorp House, the Spencer family ancestral estate, read. “1 July 1961 [the day Diana was born] was an exceptionally hot English summer's day, Diana's parents always remembered. She was born in Park House, on the Queen's Sandringham Estate in Norfolk. Park House is seen in the background of this family photograph taken by Diana's father, the 8th Earl Spencer.”

In the photo, Diana stands outside Park House with her hands clasped behind her back. She wears a white long-sleeved pull-over sweater and a short dark-colored skirt with two stripes running near the hemline. Pigtails, white knee socks, and dark buckled loafers complete young Diana’s outfit.

Spencer, who was on hand for Thursday’s unveiling of a Princess Diana statue at Kensington Palace’s newly re-designed Sunken Garden, recently told Good Morning Britain he expected Princess Diana’s 60th birthday would be “an emotional day.”

"I remember my father always used to talk about the day Diana was born — 1st July 1961 — and it was a sweltering hot day and this wonderful daughter appeared," Hello! reported Spencer said. "It's so funny to be of an age now where your slightly older sister is 60. It will be an emotional day, but it will be a tribute to a much-missed and much-loved sister, mother, etc."

Diana’s children, Prince William and Prince Harry, unveiled a statue of their mother at Kensington Palace on Thursday. Sculpted by Ian Rank-Broadley, the statue depicts Princess Diana surrounded by three children, which are meant to symbolize the universality and generational impact of the late princess’ humanitarian and charity work.

In a joint statement, Prince William and Prince Harry said they hoped the statue would serve as an everlasting symbol of their mother’s legacy. “Every day, we wish she were still with us,” the royal brothers said. “Our hope is that this statue will be seen forever as a symbol of her life and her legacy.”