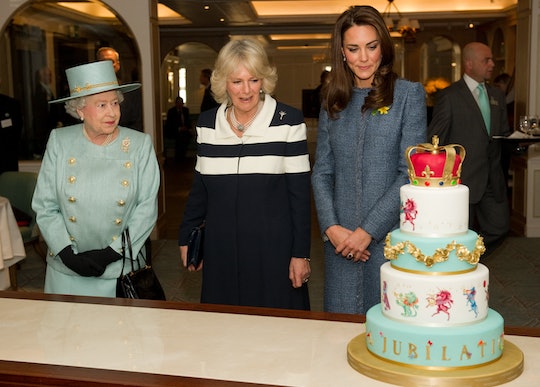 Queen Elizabeth officially stated this weekend that she wants Camilla to be Queen, but it’s a move that’s been in the works for a while.

As part of her message in honor of her Platinum Jubilee over the weekend, Queen Elizabeth shared her feelings about the future of the monarchy in a statement. “When, in the fullness of time, my son Charles becomes King, I know you will give him and his wife Camilla the same support that you have given me. And it is my sincere wish that, when that times comes, Camilla will be known as Queen Consort as she continues her own loyal service.”

This open support of Camilla, Duchess of Cornwall becoming Queen Consort came as a surprise to many. (Queen Consort is the official title of the spouse of a King, and is commonly shortened to just “Queen.”) In the wake of Prince Charles’s divorce from Princess Diana, and Diana’s fatal car accident a little over a year later, both Charles and Camilla were very unpopular. The Prince had admitted to continuing his relationship with Camilla during his first marriage, and Diana has spoken publicly about how hurtful that had been. In the decade between his divorce and his second marriage, Charles began a slow and steady process of re-introducing Camilla both to his family and to the English public.

The Queen may not have attended the couple’s wedding but she did attend the reception and posed for an official portrait with her son and new daughter-in-law.

At the time, it was announced that Camilla would go by Her Royal Highness The Duchess of Cornwall, and not Princess of Wales, a title closely associated with Diana. The FAQ for Clarence House, Prince Charles’s royal office, also stated that the Duchess of Cornwall would be called Princess Consort when her husband ascended the throne.

But anyone paying close attention would have noted that in 2018, Clarence House took down that section, quietly opening the door to a different title for Camilla when Charles becomes King. Now we know that it will be Queen Camilla.

In response to his mother’s public support for his wife, Prince Charles shared his own message noting he and his “darling wife” are honored by Queen Elizabeth’s words. “We are deeply conscious of the honour represented by my mother’s wish. As we have sought together to serve and support Her Majesty and the people of our communities, my darling wife has been my own steadfast support throughout.”

Queen Elizabeth has tapped Camilla Parker-Bowles to be Queen Consort.

While Queen Elizabeth cannot technically make Camilla Parker-Bowles Queen Consort, that decision can only be made by Parliament, her support of her daughter-in-law is an important step in her journey to the crown. The support of a monarch who has served her country for seven decades cannot be understated; the announcement also further underscores that Charles will become King when his mother dies, and won’t pass the throne to his son William, as some have speculated he should.

For their part the Duke and Duchess of Cambridge “liked” Queen Elizabeth’s statement on social media, ostensibly offering their own subtle support.