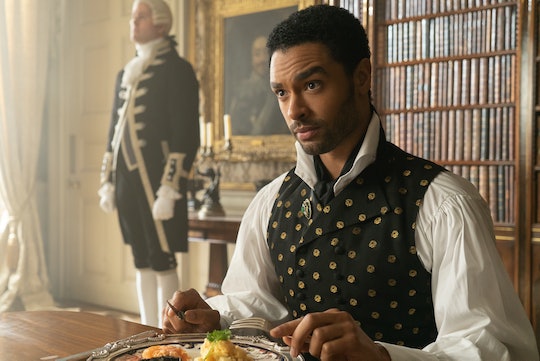 Regé-Jean Page Is Going To Read Us, I Mean Our Kids, A Bedtime Story

Hush children, the Duke of Hastings is speaking.

Sometimes we all get exactly what we want without even asking. This weekend, Bridgerton’s Regé-Jean Page will read a bedtime story to kids, but it’s not like we can’t listen in on the Duke of Hastings or anything. This way he can become part of all of our bedtime routines. For real this time, not just in our dreams.

Page is set to read a bedtime story to kids on the BBC children's program Cbeebies. This is a free kids channel targeted at kids between the ages of 2 and 6 and now also anyone who also watched Netflix’s period drama Bridgerton, having thoroughly enjoyed Page as the smoldering Duke of Hastings.

On March 14, the actor is set to read a bedtime story to kids, which is coincidentally the same day as Mother’s Day in the United Kingdom. According to the BBC, he will read Rain Before Rainbows by Smriti Halls and David Litchfield, the story of a young girl who befriends a fox and then they set off traveling around together. The story has been called “uplifting” by reviewers on Amazon, and is meant to help people get through dark times.

Now, Regé-Jean Page seems to have gotten a whole lot of people through the dark times called winter during a lockdown, so this book seems right up his alley. And reading to kids on Mother’s Day? I think we know this is meant to be a treat for us, too.

In a clip from the upcoming bedtime story on CBeebies, Page is seen reading alongside other celebrities like Felicity Jones and Tom Hardy (petting a dog and saying he needs a hug as an added bonus), looking into the screen and telling kids that “dark days may shake us, and worries creep in. With dragons to duel, and battles to win.” I don’t know about you but I need to hear the rest of that story from his lips only, on repeat. In fact, when Page says “tomorrow will be a good day,” I think we should all use that as our bedtime mantra.

Page, or as we probably all prefer to call him, Simon Bassett, Duke of Hastings, has been all over the map lately. He hosted Saturday Night Live in February and got some solid reviews, and it was recently announced that he’ll co-star in the upcoming Russo brothers movie Dungeons & Dragons alongside (wait for it) Chris Evans and Ryan Goslings. 2021 is looking up.