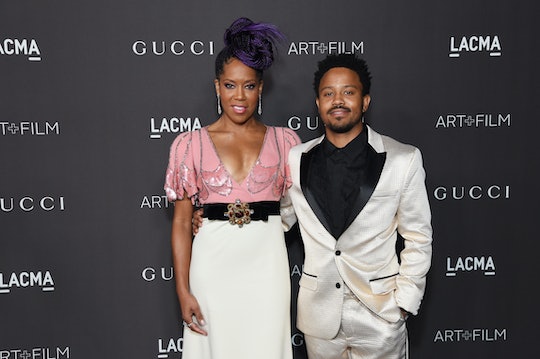 “My absolute favorite thing about myself is being ….Regina the mother of Ian the GodKing.”

On Friday, Regina King honored her late son, Ian Alexander Jr., one year after his death. In a touching post on Instagram, the If Beale Street Could Talk actress called him her “guiding light” as loved ones gathered to “celebrate his presence.”

“January 19th is Ian’s Worthday. As we still process his physical absence, we celebrate his presence,” she wrote in the caption under a video of a floating paper lantern. Ian, a musician and the only child of King and her ex-husband, record producer Ian Alexander, died by suicide in January 2022 at the age of 26.

“We are all in different places on the planet…so is Ian,” King added. “His spirit is the thread that connects us. Of course orange is your favorite color…Its [sic] the fire and the calm. I see you in everything I breath [sic]. My absolute favorite thing about myself is being ….Regina the mother of Ian the GodKing. Continue to shine bright,my guiding light. 🧡🧡🧡”

Celebrities such as Tracee Ellis Ross, Loni Love, Tika Sumpter and Anika Noni Rose commented under her post offering words of encouragement, love, and condolences. Ava DuVernay quoted Irish author Roisin Kelly and wrote, “I’ll choose for myself next time who I’ll reach out and take as mine, in the way I might stand at a fruit stall having decided to ignore the apples, the mangoes and the kiwis. But hold my hands above a pile of oranges as if to warm my skin before a fire.”

Niecy Nash wrote to her friend, “My friend. I think of you often. I always pray for your strength & peace in the midst of loss and grief. I love you.”

This is the first time King has mentioned her son on social media since his passing. At the time of his death, the Oscar-winning actress released a statement saying that she was “devastated at the deepest level by the loss of Ian.”

“He is such a bright light who cared so deeply about the happiness of others,” she said. “Our family asks for respectful consideration during this private time. Thank you.”

The Harder They Fall actress had a close relationship with her son. In a 2020 interview with CNN, per Essence, King spoke about learning what “unconditional love” is once she became a mother. “I get emotional because my son is an amazing young man,” King told the outlet. “And it took me to be a mother for me to realize how incredible of a woman [my mother] is. You don’t know what unconditional love is. You may say you do, but if you don’t have a child, you don’t know what that is. But when you experience it, it is the most fulfilling ever. So, that is the greatest part about me. Being a mom to Ian.”