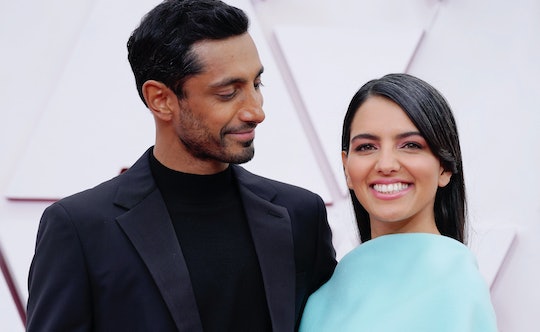 Forget Instagram husbands, red carpet husbands are the trend for 2021

Even the most red-carpet-ready celeb needs a bit of help from time to time, and Riz Ahmed fixing his wife Fatima Farheen’s hair at the 2021 Oscars shows that having the right person on your arm makes all the difference! The cute couple made their first Academy Awards appearance this year, and it was a sweet moment, to say the least.

Ahmed and Farheen attended the 2021 Oscars courtesy of Ahmed’s nomination for the category of “Best Actor” for his role in The Sounds of Metal. In the film, Ahmed portrays a metal drummer who loses his hearing, bringing all of the devastation of stunted passions to the screen. His performance alone is worth discussing, but the Muslim actor’s nomination went on to shatter stereotypes following the prevalent #OscarsSoWhite criticism of the Academy. As a Muslim man playing a role outside of the standard tropes of violent Muslim characters, Ahmed’s role was a big push towards inclusion.

But he wasn’t the only one walking the red carpet in celebration of his nomination; his wife Farheen was by his side as he made his grand entrance. A bestselling author of the novel A Place for Us, selected for publication by none other than Sarah Jessica Parker, Farheen brings a lot to the relationship. As if the power couple weren’t already cute enough, their romance arguably rivals any on the big screen that could win a nomination.

Ahmed met Farheen when the two sat down at the same table in a New York coffee shop to work, according to The Standard. After a good-spirited battle over the outlets to charge their laptops, their love blossomed into something beautiful. They proceeded to meet for many more dates and the rest is history. Fast forward a bit, and the two were walking arm-in-arm down the red carpet in celebration of another success. Ahmed’s pause to fix Farheen’s hair is evidence of their sweet love, and a moment of tenderness amongst the frenzy of the Academy Awards.