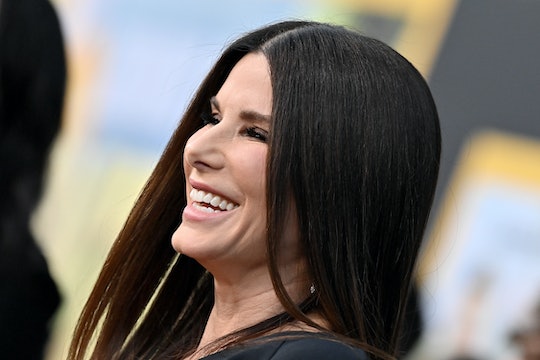 “Sometimes they don't agree with mine, that bothers me.”

Now that Sandra Bullock’s kids have hit the age where they are thinking for themselves and expressing those thoughts, their mom has some feelings. And some of them are a little tougher to used to. The Blind Side actress opened up to Kelly Ripa and Ryan Seacrest during an interview on Live With Kelly & Ryan on Tuesday about what it’s like parenting 11-year-old son Louis and 8-year-old daughter Leila. And, as every parent certainly knows, it’s all about those highs and those lows.

“My kids are so funny, so strange, so cool, a little too smart for what I'm comfortable for right now,” Bullock told Ripa and Seacrest, per People, adding, “You can't spell in front of them anymore, you can't sidebar because they're listening.”

Beyond all of that eavesdropping, they’re also quite opinionated apparently. “They're turning into people who have opinions. And sometimes they don't agree with mine, that bothers me.”

While her kids’ opinions might drive her up the wall every now and again, Bullock admitted it’s all worth it. “I love them so much. I was just blessed with two pretty awesome kids. I do want to kill them occasionally, but I won't."

The actress definitely should keep son Louis around for his mixology talents alone. “He started off as a mixologist, was very into mixing drinks,” the Lost City star explained. “Had a cocktail book, no alcohol. And then he got into making boba. So that hit the kitchen. And then it was like, he wanted to deep fry everything. Everything was coated in sugar."

As for her daughter Leila, it seems she has her own special talent. Bonding with Channing Tatum’s 8-year-old daughter Everly after the two got into a fight in preschool. Tatum and Bullock met for the first time in the principal’s office, it seems, when they “were called in together because Everly and Laila were trying to alpha the other one out,” Bullock told The New York Times. “And we prayed it was the other’s child that caused the damage.”

Now that Leila and Louis are older, Bullock is taking time away from her career to focus on her kids and “servicing their every need,” she joked with Entertainment Tonight. “I take my job very seriously when I’m at work. … And I just want to be 24/7 with my babies and my family. That’s where I’m gonna be for a while.”

Plus she can keep an eye on them. Something that gets increasingly more important as kids get older.