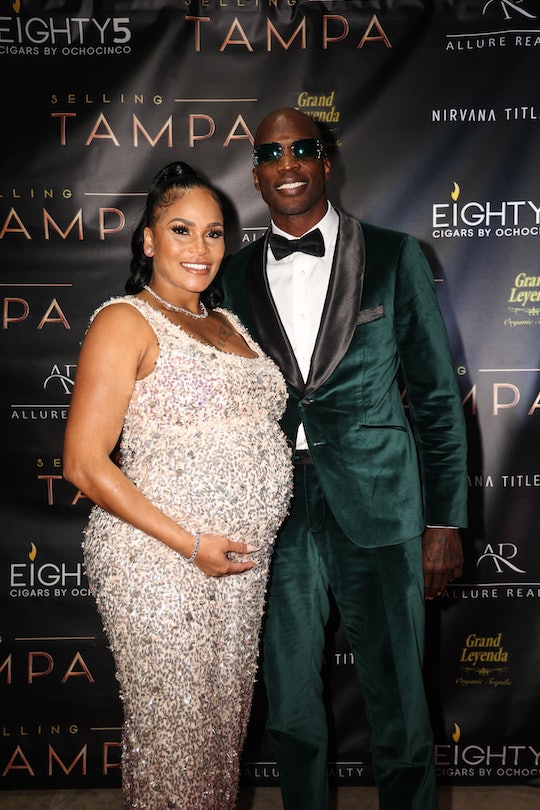 Another Ochocinco has been added to the family!

Chad "Ochocinco" Johnson and his fiancée Sharelle Rosado welcomed the new year with a new bundle of joy. The former NFL player and Selling Tampa star and broker announced that they’ve welcomed a baby girl into the world.

“Just delivered Serenity ‘Hurricane’ Paula Johnson,” Johnson captioned a photo shared on his Instagram Sunday with his daughter as he cut her umbilical cord. In parenthesis, he added, “i still have 2 lash slots available for January.” In his bio, Ochocinco credits himself as an esthetician.

Johnson went on to share more of Serenity and mom’s birth journey on his Instagram Story. “Listen I told them not to evict you,” he told the crying baby off screen. “That’s the worst landlord ever, especially during these times. I wouldn’t wanna be out here either.”

The Allure Realty broker’s pregnancy announcement was revealed on the hit Netflix show, including the moment she told Johnson via FaceTime. Season 1 ended with her preparing to go on maternity leave with a possible move to Miami, where she has expanded her brokerage.

The 33-year-old reality star also shared her pregnancy announcement with PEOPLE back in August. “It was shocking. I think I was crying and laughing at the same time,” Rosado told the magazine. “I just can't wait. It's actually going by so fast. I found out I was pregnant while we were filming, so time is flying. It doesn't even seem like it's been that long... I always wanted a big family, so I think with this last one, she's just the perfect number to finish it off.”