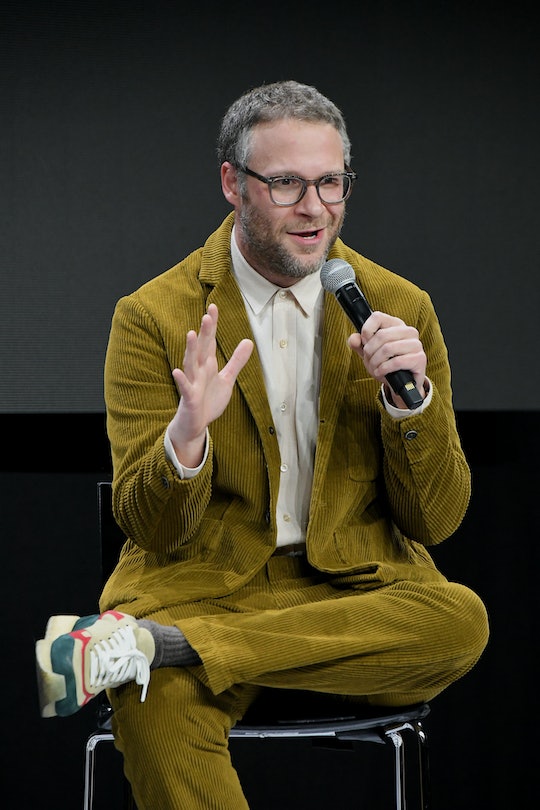 He may be playing Old Kris Kringle in HBO Max’s upcoming adult stop-motion animated series Santa, Inc., but Seth Rogen has no particular affection for the beloved holiday figure or, for that matter, Christmas in general. At the 2021 Vulture Festival, he let the audience know that he’s not above letting anyone — including children — know exactly what he thinks. “If you bring your young kid near me, I will tell them there’s no Santa Claus.”

Rogen shared that, growing up, he had no personal connection with the holiday outside of watching Home Alone, which stands to reason for a Jewish kid who attended a Jewish elementary school. Christmas celebration struck him as fun but a little bit weird.

“People love Christmas and I’m amazed by it,” he said at this year’s Vulture Festival over the weekend. “The first time I saw a Christmas tree, I was like, ‘Oh, they really do this sh*t.’” But while Christmas trees were kooky but charming, the concept of Santa was utterly baffling. Who, Rogen wondered, could believe such a thing?! (He described believers with a term we won’t repeat here... it’s “colorful.”) This puzzlement eventually turned into a kind of fiendish delight.

“I probably ruined Christmas for a lot of kids,” he giggled maniacally. “I thought it was funny to tell kids there was no Santa Claus.” One of those kids was none other than Freaks and Geeks co-star John Francis Daley, who played Sam Weir on the series. “With all due respect, he should have known... he was 12 or 13 or some sh*t like that,” Rogen said. He then recalled the look on Daley’s face after hearing the news — obviously disappointed despite playing it cool. “I was like ‘Oh no, I just destroyed his life,’” he said, still laughing a little but. “Real bummer.”

But parents can rest easy — for one thing, Seth Rogen isn’t lurking around corners waiting to jump out and tell your kid Santa isn’t real. And over the course of the interview, he suggested that he could turn his passion for destroying childhood innocence into a public service, offering to break the news for parents “once [kids] are old enough and ready.”

In the meantime, Santa, Inc. is set to premiere on HBO Max on Dec. 2. But be sure to save it for after the kids go to bed; the upcoming animated comedy, as Suzanna Makkos, EVP Original Comedy and Animation at HBO Max, told Deadline, it has some “some R-rated comedy.”