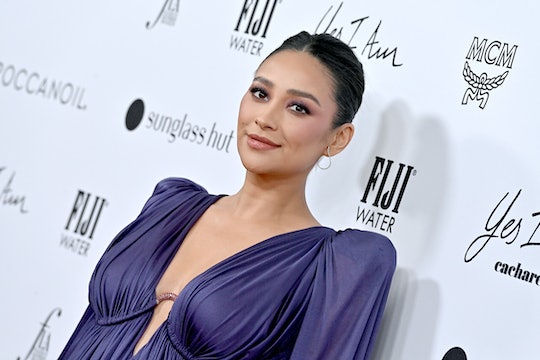 Shay Mitchell has a new pretty little baby. The Pretty Little Liars alum has given birth to her second child, a baby girl, with boyfriend Matte Babel and revealed her beautiful, meaningful name in a sweet post on Instagram.

Over the weekend, Mitchell, 35, shared an image of her and the newborn daughter lying on her chest on her Instagram. “Losing the most important person in my life in the same year I welcomed my second daughter has shifted everything for me, but one thing remains steady in my soul,” she captioned the image on June 6.

Mitchell added that she named her daughter Rome, after her grandmother. “I’m certain they spent time together and that brings me peace and joy. We’re so happy you’re here Rome, named after my best friend, my soulmate, my ‘person,’ my Grandma Romaine.”

Mitchell first confirmed the birth of her daughter with E! News. “I recently just had my second child and this is why this is all so much sweeter because this is the first time I've actually been outside of the house since having her,” she told E! News on June 4 at a BÉIS pop-up event in Los Angeles. “It's really special to come and visit my other baby.”

She went on to call Babel “a great dad.” “I think when you find someone who has the same morals as you, it makes parenting a lot easier,” she added in the same interview. “It's definitely a partnership. Finding somebody who has similar morals to you is extremely important.”

The couple also shares a 2-year-old daughter, Atlas. On Mother’s day, Mitchell posted a maternity picture with Atlas on her Instagram, paying homage to moms all around. “While social media can have its upsides, days like today can feel dark and heavy for people who aren’t experiencing the public joy their friends are,” she captioned the post. “Moms who are doing it alone and moms with a village of support, I celebrate each and every one of you. Sometimes bringing some light to that darkness can make someone feel a little less alone.At the end of the day, you should only become a mom if YOU want to become a mom. This very important decision should be just that. A choice.”

Mitchell announced her pregnancy with Rome back in February, a week after her grandmother died. “Little one, we are so excited to meet you,” she captioned the post. “I breathe a sigh of peace knowing you two are already connected in such a cosmic way.”