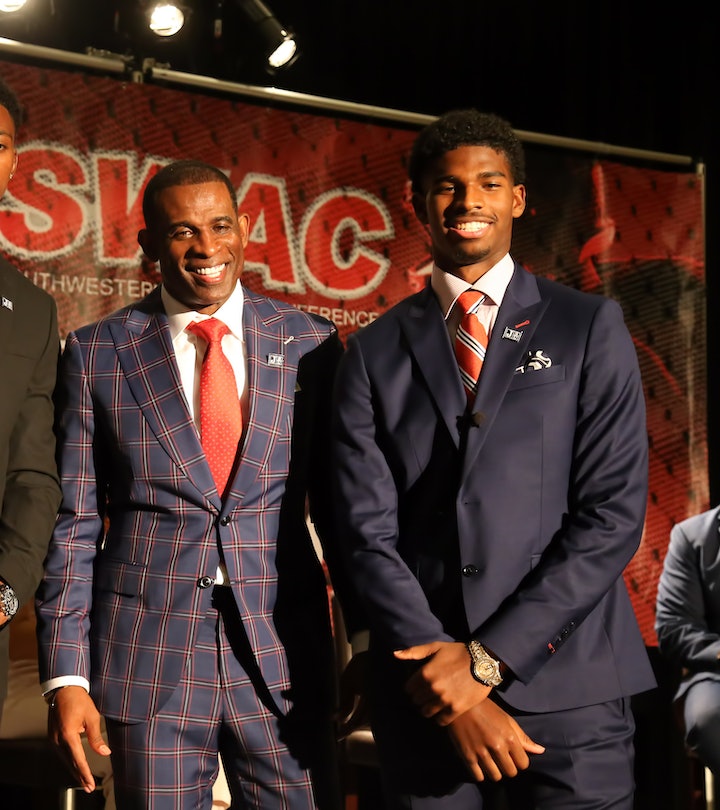 Deion Sanders’ Mom Is The Strongest Sanders, End Of Story

She’s the original and the best.

Famed footballer Deion Sanders and his equally-talented son Shedeur Sanders compete in feats of strength in a Super Bowl 2022 commercial for Oikos Triple Zero, but Sanders’ mom proves who is really the strongest of the family.

Deion Sanders is a legend. Coach for Jackson State, he played 14 seasons in the NFL and nine seasons in the MLB. He’s also known for his hilarious, easy-going personality, and this commercial shows that his whole family has that same swagger. In a short commercial, Deion and Shedeur snack on some Oikos Triple Zero while trying to outdo each other during household chores like raking leaves, chopping wood, and changing the car tires.

It’s an even split, until the very end of the commercial, when Shedeur says, “I’m getting Dad strength, I just know it.” Deion is unconvinced and determined, as he’s the dad, not to be usurped. But don’t worry, in true mom fashion, his mother, Connie Knight, shows up to remind him of his place. She tells Deion, “Strength? How do you think I gave birth to your big head?”

Every parent who has given birth will agree. No matter how you’re bringing a baby into the world, it requires an absolutely superhuman amount of strength, giving the person who gives birth the ultimate own for the rest of forever. “Yeah, you want to talk? A whole human came out of my body.” But, the yogurt does look delicious.

More Like This
Catherine Reitman Calls It Like She Sees It: “Being A Working Mother Is Impossible”
Sarah Michelle Gellar Is Facing A Terrifying Parenting Milestone: Sleep Away Camp
Lauren Conrad Shares Experience With "Lifesaving Reproductive Care" After Ectopic Pregnancy
Tom Hiddleston & Zawe Ashton Are Expecting Their First Child Together