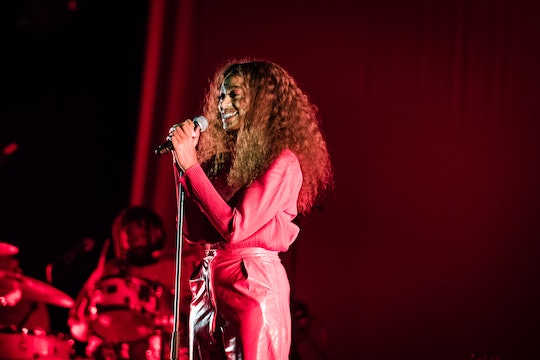 What else can we say but #blackgirlmagic alert!

Solange Knowles can now add a composer to her résumé. The singer, songwriter, and actress has been tapped to compose music for the Fall Fashion Gala for the New York City Ballet, making her the first Black woman to compose a commissioned score for the production.

“The special program will include a world premiere by Gianna Reisen with costumes designed by Alejandro Gómez Palomo for Palomo Spain and a commissioned score by Solange Knowles, a world premiere by Kyle Abraham with costumes designed by Giles Deacon, the live performance premiere of Solo created by NYCB Resident Choreographer and Artistic Advisor, Justin Peck with a costume designed by Raf Simons, and an excerpt from the dazzling Symphony in C by the Company’s Co-Founder, George Balanchine,” the ballet company said in an announcement on its website on Monday.

Knowles also shared the exciting update on her on Twitter. “Very excited to announce i’ve composed an original score for the New York City Ballet,” the 36-year-old singer-songwriter and mother of one tweeted on Tuesday.

Knowles’ upcoming ballet composer gig has also made history; according to The Houston Chronicle, Knowles is now the first Black woman to compose an original score for the New York City Ballet.

“I am beyond proud of Solange,” Knowles’ mother, Tina Knowles-Lawson, wrote on Instagram. “She is always kicking down doors and opening doors for other Artist of Color!” She added, “Solange is the Third woman and the First Black woman to compose a piece for the New York Ballet!! Congratulations my little genius I love you and am so proud! Keep on opening doors.”

The upcoming composition will be her newest music since her 2019 fourth-studio album When I Get Home, which included hits such as “Things I Imagined,” “My Skin My Logo,” and “Dreams.”

Music composition has certainly been on her mind in recent years. “Singer is probably at the bottom of the barrel in terms of what I’m trying to achieve as an artist,” Knowles told W Magazine in a 2017 interview. “Visually, through many mediums — through dance, through art direction, through color theory — there are so many things that I’ve dabbled in that I’ve yet to immerse myself in fully. But I think right now, I’m creating the live show and music composition, production, and creating from the ground up is when I feel the most at home.”

Solange is the younger sister of Beyonce Knowles-Carter. Ironically growing up, Knowles shared with W Magazine that she had childhood aspirations of wanting to be a dancer and go to Julliard, but needed to have a knee injury when she was 15. “I was actually dancing for Destiny’s Child,” she said. “And that was how I started to write, because I thought I was going to be an [Alvin] Ailey girl somewhere.”

It seems a little of those Julliard dance dreams will be fulfilled this fall. The Fall Fashion Gala will take place on Sept. 28 and the production will also be available on Oct. 1, 8, 11, and 16; as well as May 2, 11, 13, 17, and 18. The gala celebrates its 10th anniversary this year and honor New York City Ballet Vice Chair Sarah Jessica Parker.