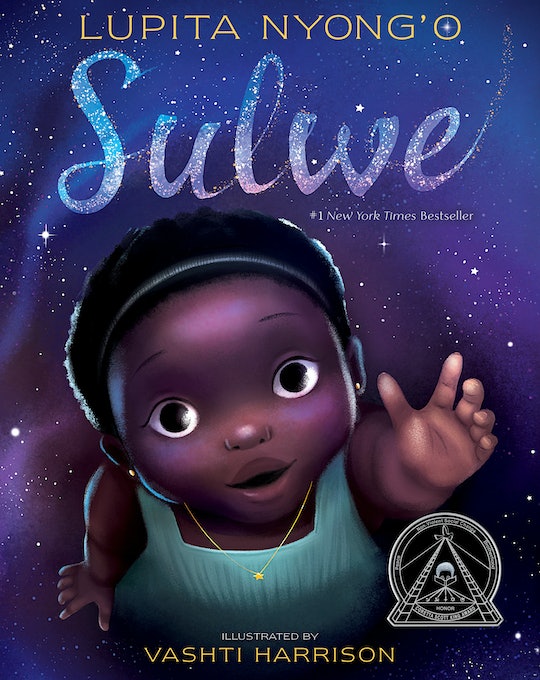 "Sulwe is a story about colorism, self-esteem, and learning that true beauty comes from within."

A beautiful new animated musical based on Lupita Nyongo'o's bestselling children's book called Sulwe is coming to Netflix in the near future. The book and the upcoming movie, which Netflix revealed is in the works on Feb. 18, tells a powerful "story about colorism, self-esteem, and learning that true beauty comes from within."

In 2019, Nyongo'o wrote the New York Times bestselling children's book Sulwe, a sweet story filled with gorgeous illustrations by Vashti Harrison, based on her own experiences growing up as a young girl with dark skin. A girl who did not often see herself represented in the books and magazines and TV shows she was watching. And now Netflix is developing an animated musical feature based on Nyongo'o's story.

"It was a long journey for me to arrive at self-love," Nyongo'o shared in a Netflix press release. "Sulwe is a mirror for dark-skinned children to see themselves, a window for those who may not be familiar with colorism, to have understanding and empathy, and an invitation for all who feel different and unseen to recognize their innate beauty and value." Nyongo'o has signed on to produce the animated musical feature, which does not have a release date set yet.

'Sulwe' will be an animated musical feature on Netflix.

In the animated musical, Sulwe tells the story of a young girl with "skin the color of midnight," according to Netflix. "All she wants is to be beautiful and bright," the synopsis continues. "One night, Sulwe is visited by a shooting star sent by the Night, and embarks on a magical journey where she learns the eye-opening story of the sisters Night and Day. Sulwe is a story about colorism, self-esteem, and learning that true beauty comes from within."

Nyongo'o told Kelly Ripa and Ryan Seacrest on Live With Ryan And Kelly in 2019 that she wrote the book based on inspiration from "a young girl who had sent me a letter saying that she was dark-skinned and she had been thinking about lightening her skin with skin bleaching. And when she saw me she realized that her skin was okay." The actress took that young girl's journey of self acceptance, along with her own, and created Sulwe. And now this story is heading to Netflix.