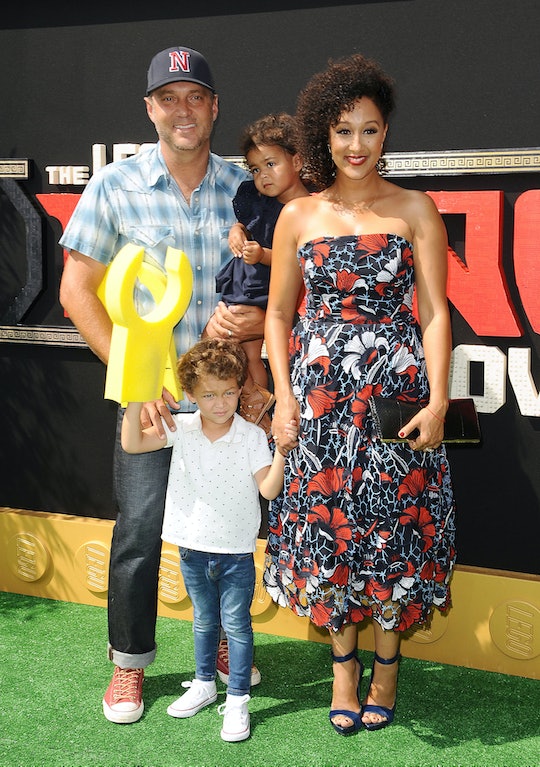 Tamera Mowry-Housley spent quarantine cooking with the kids and making a fun production out of it. The former Real hostess revealed how she and her husband, Adam, bonded with their kids and sharpened their cooking skills at the same time: They created a cooking show on Instagram.

The 43-year-old spilled the beans while cohosting Entertainment Tonight. Each week the couple went live on IG and cooked meals from Italian to sushi. The kids made special appearances at 6 p.m. during weeknights.

“Ever since the pandemic, because we were all stuck together, after a while we were looking at each other like, ‘What are we gonna do?’ And my husband and I both love to cook,” she told ET on Oct. 7. “We had a show called ‘Quarantine Cuisine’ on social media. The thing blew up.”

The Sister, Sister star added that the show had big success on social media. “At one point, we were getting like a million views a night. So, the kids saw that and then they wanted to get involved. My son [Aden] can cook breakfast, lunch, and dinner.”

And while Aden, 8, seems to be multitalented in all three meals of the day, her daughter, Ariah, has mastered the most important one.

“She made eggs, the girl can crack an egg flawlessly,” she told ET. “And she helped me make cookies. And I have to say, I still even, like, will drop a piece of shell in there. But my daughter does not. She is perfect. I'm not just saying that. Like, she is fantastic.”

Watch past episodes of Quarantine Cuisine on Mowry-Housley’s IGTV. The kids seem to be following in their mother’s culinary footsteps. Mowry-Housley is one of the hosts for Hulu’s newest baking show, Baker’s Dozen.