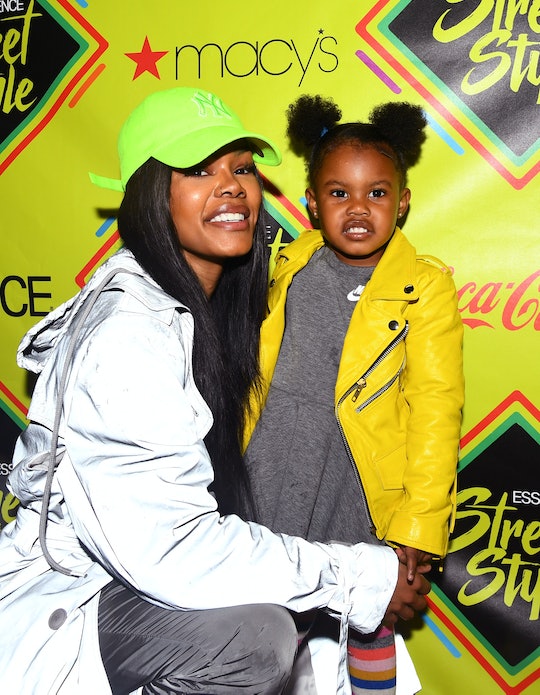 “It feels good for the lens to be on me and my family so I can look back and know I did a good job as a mom.”

Teyana Taylor made history this week when she became the first Black woman to be named Maxim’s “Sexiest Woman Alive,” gracing the magazine’s July/August cover. From music and movies to philanthropy and entrepreneurship, the 30-year-old actress, singer, and dancer has made many accomplishments over the years. But one legacy she hopes to leave in front of the camera is that she was a good mother to her daughters.

Speaking with Maxim, the Coming 2 America star talked about the upcoming reality show she and her family will be starring in this fall called We Got Love Teyana & Iman on E!. The show will go through the ins and outs of Taylor and her husband, NBA player Iman Shumpert, as they juggle business and parenting their two girls, 5-year-old Iman Tayla Shumpert, Jr. (nicknamed “Junie”) and 9-month-old Rue Rose.

“Life happens,” she added, “and no regret in that. I love every bit of it.”

This is not the first time the “Lose Each Other” singer has opened up about motherhood. In a 2018 interview with PEOPLE Now, for instance, Taylor talked about the idea of being a “perfect parent” and how there’s no handbook to follow. “Even in parenthood I had to learn that like there’s no such thing as a perfect parent,” Taylor told the magazine at the time. “It’s not really like a right or wrong — you just learn.”

Now as a mother of two, Taylor continues to speak candidly about juggling her busy career and raising two young girls. On Instagram, in fact, Taylor shared that she had “just dropped JUNIE off at school before heading straight to the shoot” for her Maxim cover.

And while We Got Love Teyana & Iman will surely give Taylor’s fans a more behind-the-scenes look how her life as a busy mom, we already know her daughters are her little mini-mes. In April, she shared a video on Instagram of Junie showing off her runway walk. Not only was it impressive, but hearing the proud mom cheering her own behind the camera is the cherry on top.