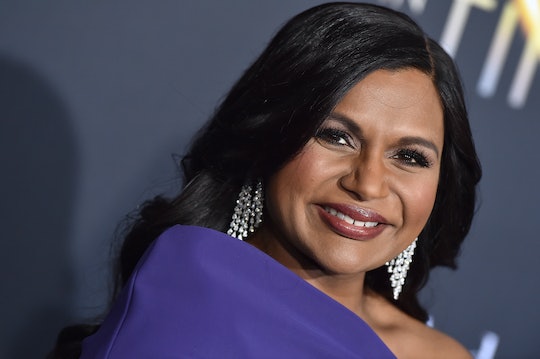 Six years after her death, Mindy Kaling continues to keep her mother's memory and the life lessons she taught her close to her heart. On Thursday, November 19, Kaling shared some heartfelt advice her mother gave her before dying of pancreatic cancer: Be your own best friend.

The Mindy Project star opened up about the loss of her mother in honor of World Pancreatic Cancer Day. Kaling's mother, Dr. Swati Chokalingam, died from pancreatic cancer back in 2012, eight months after being diagnosed with the stage four disease. In a PSA for the Pancreatic Cancer Action Network's (PanCAN) annual Pancreatic Cancer Awareness Month campaign, Kaling, 41, recalls her family's reaction when they first heard about her mother's diagnosis.

"When I was growing up, my mom was always there for me," says Kaling in the video. "We shared everything together, so when I found out that she had been diagnosed with pancreatic cancer, it was one of the toughest moments of my life. We did everything we could for her, but we just hadn't caught it in time."

She went on, "Before she died, I asked her to give me as much advice as she could. The most important thing she told me was to always be my own best friend, and that's why I'm standing here today with my mom in spirit, to continue her fight by advocating and supporting research that advances early detection and treatments for pancreatic cancer patients and their families."

In the video, Kaling wears a beautiful deep purple dress, the official color that honors victims of pancreatic cancer.

"Because when we do that, we give those fighting today a chance at a life that my mom didn't have," she says near the end of the video. "Something that she would be so incredibly proud of. Join me in supporting PANCAN."

Kaling is the official ambassador for PanCAN.

Dr. Chokalingam was an OB/GYN in the Boston area. Kaling describes her mother as a workaholic, warm, friendly, and caring. The two were best friends. The Office star says her loss was the "greatest trial" of her family's life.

Kaling told PanCAN that her mother was used to getting bad news as a physician, but not used to being on the receiving end of that news.

"She stayed strong, though, and our family got a lot of strength from her," she told PanCAN in a November interview for the social media campaign.

Kaling credits the charity for restoring her and her family's hope after Chokalingam's death. The actress says she feels her mother's presence through the work she does with PanCAN.

"I think it would be incredibly meaningful to her that her illness inspired me to fight back against the disease. I want people to know that although the diagnosis is frightening, there’s still hope.”

Pancreatic cancer is the third-leading cause of cancer-related deaths in the United States, according to PanCAN. Just this year, three prominent figures have died of the disease. Earlier this month, "Jeopardy!" host Alex Trebek after a nearly two-year battle. Supreme Court Justice Ruth Bader Ginsburg passed away in September and U.S. Representative John Lewis lost the "good fight" in July.