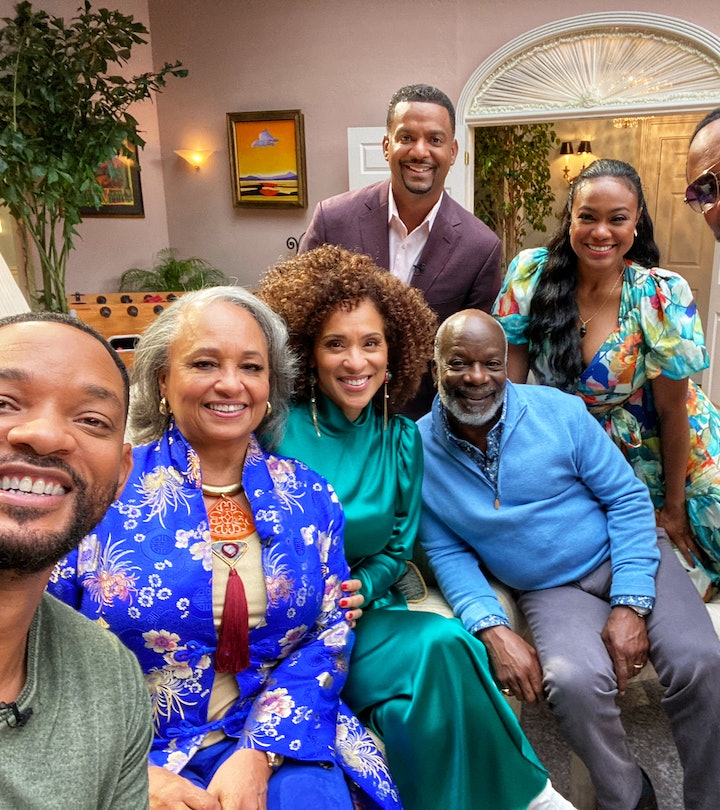 From Philadelphia to Bel-Air, our 90s television prayers have been answered. Will Smith has managed to get the cast of The Fresh Prince of Bel-Air back together for a reunion. That's right, the Banks family will be reuniting to mark the 30th anniversary of the television show in a special on HBO Max airing later this month.

"These are the people who made me the man I am today. And I couldn’t let this day go by without marking the occasion," Smith wrote on Instagram Friday while posting the trailer for the reunion.

In the reunion, Smith will be joined by cast members Alfonso Ribeiro, Tatyana Ali, Karyn Parsons, Joseph Marcell, Daphne Maxwell Reid, and DJ Jazzy Jeff. The trailer already has over 4 million views from highly anxious fans who have been dreaming of a reunion ever since Will turned the lights off in the empty mansion in 1996.

The trailer for the HBO Max special takes fans on an emotional trip down memory lane and reminds us why the Banks family is still so beloved today. One iconic scene that the cast revisits is an emotional one between Smith and late actor, James Avery, who portrayed Uncle Phil and someone who Smith described as a "six-foot, four Shakespearean beast."

But with sad moments, fans can expect to also be reminded of the good times and the show's emphasis on love and family. Ali, who portrayed Ashley, the younger Banks sister, praised how the show gave representation to Black people and families. "Our show meant Black excellence," Ali said, "the excellence is the way that we loved each other."

So, How Can You Watch The Reunion?

On Nov. 19, The Fresh Prince of Bel-Air reunion special will be available to stream on HBO Max. Beyond the reunion, with a $14.99 monthly subscription, you can watch all six seasons and 148 episodes, so you can properly dust off your moves to Tom Jones' "It's Not Unusual."

And Will There Be A Reboot?

Back in September, Smith did confirm the somewhat of a reboot of The Fresh Prince of Bel-Air. And, as it turns out, Peacock will produce two seasons of cinematographer Morgan Cooper's 2019 fan trailer titled Bel-Air, which is a dramatic reimagining of The Fresh Prince. While none of the original cast will be involved, Smith's production company, Westbrook Studios, will be involved in the project.

Until then, perfect the Carlton dance and mark your calendars for Nov. 19.