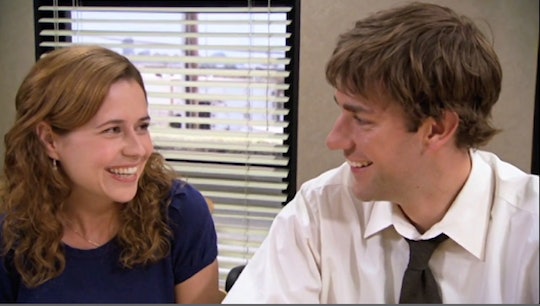 Romantic Episodes Of The Office To Watch This Valentine’s Day

It’s the perfect date night with your partner, “who is everything”

On Valentine’s Day, many couples opt to watch romantic movies, go out for a fancy dinner, or stick to other “activities” on this day of love. But my husband and I always rewatch different romantic episodes from The Office in addition to a nice dinner at home and other activities. Not only is it our favorite show, but there’s something relatable and lovely about every single romantic relationship in the series, whether that’s Michael and Holly, Dwight and Angela, or of course, Jim and Pam.

“There’s a lot of beauty in ordinary things. Isn’t that kind of the point?”

From Jim confessing his love to Pam on “Casino Night,” to Michael finally asking Holly out and ignoring Jan’s request, or Dwight finally realizing he truly loves Angela and then asking her to marry him after almost running over her with his car, there are so many special, romantic, and of course hilarious moments throughout the nine seasons of this incredible show.

So skip the fancy dinner and sappy movie, grab a charcuterie board, your favorite beverages and your favorite person, and cuddle up on the couch to binge a few of these 15 The Office Valentine’s Day episodes this year. Though they aren’t all Valentine’s Day-specific, they definitely have the romance factor you’ll be looking for on this day of love.

Romantic Episodes Of The Office To Watch On Valentine’s Day

Where Can You Stream The Office?

Unless you’re old AF millennials like my husband and I and already have the complete series on DVD (that’s right, DVD, not even Blu-Ray) then you can head over to Peacock and binge your favorite The Office episodes right there. If you don’t want to deal with ads and commercials, you’ll have to purchase a Peacock subscription for $4.99. For unlimited ad-free access to The Office and all of your other NBC faves? Worth it.