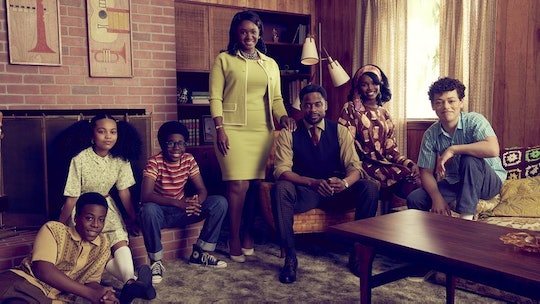 The hit coming-of-age series from the ‘80s is returning with a new story and a new family after almost 30 years.

The Wonder Years is being reimagined with a new family and a new story. Like the 1988 original series, The Wonder Years reboot on ABC, the story will take place in 1968. But this time through the eyes of an African American family, touching on societal themes that are still relevant in our community today. The pilot episode premiered on Sept. 22 on ABC, so here is everything you need to know about The Wonder Years reboot.

This fall, The Wonder Years reboot will air new episodes on ABC on Wednesdays. The network describes the show as “a coming-of-age story set in the late 1960s that takes a nostalgic look at a Black middle-class family.”

Yes, You Can Stream The Reboot

If you don’t have cable, you can still watch The Wonder Years reboot. You’ll simply need a Hulu subscription and then you’ll be able to watch new episodes the day after the episode airs on ABC. You can also stream the pilot directly on ABC’s website right now and more episode may be available there as well. And if you need a refresher, the original series is also available to stream on Hulu.

The Reboot Touches On The Black Experience In America

The show is set in Montgomery, Alabama, in 1968. It’s the backdrop of a turbulent time in America in which the country was in the middle of the civil rights movement, the Vietnam war, and grappling with the assassination of Dr. Martin Luther King Jr. Film critic Aramide A. Tinubu wrote for NBC News that the reboot “allows viewers to connect modern-day movements like Black Lives Matter and #MeToo to a previous era.”

The Wonder Years reboot is also about finding joy in life and triumphing in the midst of trials and tribulations. “It shows that Black people in the ‘60s were not always dealing with pain. They were happy. They had a lot of joy. They had humor in their life,” Laura Kariuki, who plays Kim, Dean’s older sister in the show, told Entertainment Tonight. “Our show does a really good job at showing that.”

The reboot also breaks down stereotypes of Black family structures at that time. For example, Dean’s mother is an accountant and his father is a music professor. “The fact that Black people were being educated and doing a lot of amazing things at this time,” Sengbloh told Entertainment Tonight. “People need to see that in the tapestry in between the trauma.”

A Wonder Years Alum Is Directing The Reboot

Fred Savage, the original star of the 1988 series, will be in the director’s chair this time around. Savage played 12-year-old Kevin Arnold in the original. The 45-year-old former child actor told People the original show changed his life. “People work their whole careers in show business to be part of something that endures and means something to people,” Savage told the magazine. “The fact that I was able to do that at a young age is really special to me. And I look back on it with an incredible amount of gratitude.”

The Reboot Has A Stellar Cast

New episodes of The Wonder Years reboot premiere on Wednesdays on ABC.

More Like This
The Office Halloween Episodes: A Definitive Ranking
Gabrielle Union Shares Sweet Video Of Kaavia In A Spot-On Little Mermaid Costume
Barack Obama Says He "Won The Lottery" When He Married His Wife Michelle 30 Years Ago
Gabrielle Union Admits She May Be Becoming A Bit Of A Dance Mom With 3-Year-Old Kaavia