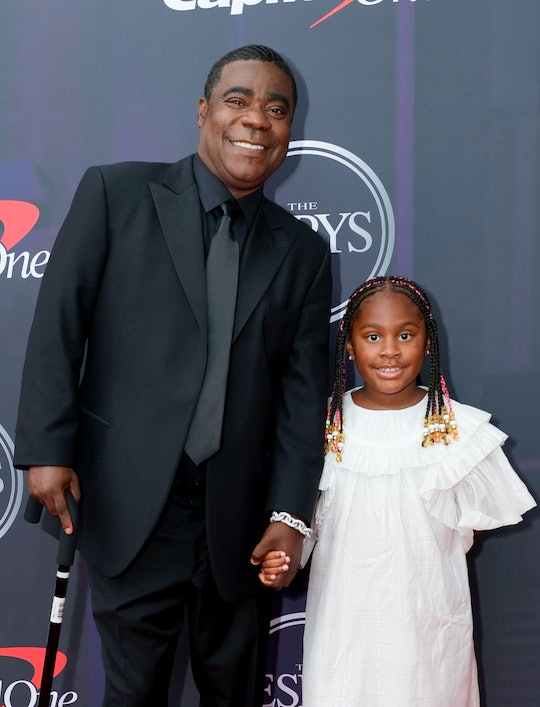 “I wanted to see my daughter.”

The main motivation towards Tracy Morgan’s recovery after his tragic car accident in 2014 was his daughter. During an emotional interview on the TODAY Show, Morgan talked about his daughter, Maven Sonae, 8, and how she give him a reason to fight for his life while he was in a coma, following his 2014 fatal truck accident.

“She's very close to me. We're very close. She's my baby,” The Last OG star told Hoda Kotb. When the comedian started choking up, Kotb asked him why does her name bring up such emotions.

“People don't just come out of comas,” Morgan went on to say. “I had to fight. I knew I had to be here for her. I wanted to see my daughter. I've always wanted a daughter and have a female version of me. And I'm looking at it every day as she grows under my gaze. And I love her.”

Maven was only 10 months old when a Walmart tractor-trailer crashed into Morgan’s limo in June 2014, which killed comedy writer James McNair. Morgan suffered a broken leg, nose, and ribs and was in a coma for two weeks. When he awoke, he had no memory of what happened to him. The following year, the 30 Rock star sued Walmart for the crash. In November 2016, the driver of the Walmart truck, Kevin Roper, pled guilty to second-degree vehicular homicide and four counts of third-degree aggravated assault.

Morgan shares Maven with his ex-wife, Megan Wollover. He’s also the father of sons, Gitrid, 35, Malcolm, 33, and Tracy Morgan Jr., 29, whom he shares with his first ex-wife, Sabrina Morgan.

Morgan appears to be especially close with Maven; in fact, she co-stars alongside her father in the new season of The Last O.G. In the new season, Morgan’s character, Tray, wakes up from a coma after he was shot and deals with brain injury, ironically similar circumstances to his real life. Season 4 of The Last O.G. is currently airing on TBS. Previous seasons can be streamed on Netflix and the TBS app.

Morgan said the 2014 accident gave him a new perspective on family and the importance of leaving a legacy. “I just want to leave a legacy,” he told Kotb on TODAY. “When I'm long gone, I want them to go to my star in Hollywood and say, 'That's my grandpa.' My great-great-great-grandkids. 'That's my grandfather.' Make them build on top of that.”