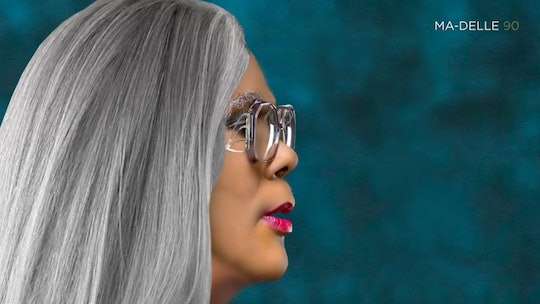 Hallelujer! Madea Is Making A Comeback In A New Movie On Netflix

Madea is officially out of retirement!

Hellur and good day, everybody! Let’s get into rotation about Tyler Perry’s upcoming Netflix special featuring Madea. The actor’s beloved and most iconic character is coming out of retirement and making a comeback on Netflix for A Madea Homecoming in February, so here’s everything you need to know.

A Madea Homecoming Is Coming To Netflix

Perry’s upcoming movie premieres on Feb. 25 on Netflix. As usual, Perry has taken the role of Madea and will write, direct and star in the upcoming Netflix production.

If you’re not familiar with Madea, let’s quickly get you up to speed. Mabel ‘Madea’ Simmons is a gun-toting, heavy-handed, ‘take no prisoners’ grandma ( and former stripper), who is ‘past 60,’ according to what she told Judge Mablean Ephriam in 2006’s Madea’s Family Reunion when ordered to be a foster mother to Keke Palmer’s character, whom she said she’ll kill (hypothetically speaking).

Madea lives somewhere in Atlanta and drives a Cadillac Sedan de Ville, occasionally used to drive-through fast-food restaurants, cutting off rude drivers in a K-mart parking lot and leading a police chase down I-85. She is the only grandmother who could talk about the Bible and goodness of God and threaten to put you in an early grave at the same time, especially her brother, Joe. But when it all boils down to it, she is on the frontline for her family.

A Madea Homecoming will center around the character’s great-grandson’s college graduation. But family secrets and drama could destroy the reunion. Part of the drama will revolve around an LGBTQ+ storyline.

“Even if you don't understand, be open,” Perry told Entertainment Weekly, referring to anti-LGBTQ+ views. “I just think that if everything gets accepted in love, then you get a chance to see the person for who they are rather than what you think they are.”

The movie will bring back all of the original stars of the Madea franchise, including Tamela J. Mann (Cora), David Mann (Mr. Brown), Cassi Davis (Aunt Bam), and a guest appearance from Irish actor Brendan O'Carroll, who is best known for portraying the potty-mouthed matriarch Agnes Brown on stage and in the BBC sitcom Mrs. Brown's Boys.

Look Out For A Studio Album & Oprah Interview

Along with the movie release, Madea is channeling her inner Beyoncé and releasing a full studio album. Ma-delle 90, not to be confused with Adele, will include sings such as “Go Hard On Me” and “Hellur.”

Perry dropped the artwork for the album on his Instagram Tuesday, showing his Madea character’s rendition of Beyoncé’s 2019 Homecoming, crown included. “HOMEGOING! Live from her backyard. I want to thank my incredible Moth-hive. MA-Chella. NETFLIX. COMING SOON,” the caption read.

In another Instagram post on Jan 8., Perry told fans to watch out for Madea’s special interview with the one only Oprah Winfrey, where she will talk about her divorce and new album. He shared another image of the Ma-delle 90 album cover, this time a side view with a long, straight grey wig and a second image of Madea sitting with Winfrey. The image was edited from the now-famous sitdown with Meghan Markle, Duchess of Sussex last March.

Winfrey seems game for the exclusive and commented under the post, “HellURRRRRR. It’s ME. I’m ready for our sit down convo. Need to know what you’ll be wearing so I can coordinate colors and set background. Have your people call my people.”

But the world needed her. What’s interesting about Perry’s latest installment is that Madea was not meant to return. In 2019, Perry announced he was returning the character after 15 years. Madea’s Family Reunion was supposed to be her final run. But with the trauma of the pandemic, he felt the need to give people a reason to laugh again and brought the old gal back. He announced her return in a video last June.

“I was done with Madea, completely done with it,” Perry told Variety. “But as I’ve been looking at the state of the world — and I finished a tour in January, just before the pandemic started to break in the country — and the amount of joy and laughter that it brought to so many people, that’s what I think is missing. We need that laughter and that joy.”

Kudos to Mr. Perry for seeing our need and bringing back our favorite old lady!

More Like This
H.E.R Is Becoming A Disney Princess As Belle In New Beauty & The Beast TV Special
Obama Also Can't Stop Listening To Beyoncé’s Song Of The Summer "Break My Soul"
Bindi Irwin’s Daughter Grace Loves Visiting “Grandpa Crocodile” at the Zoo
Khloé Kardashian Has Welcomed Baby #2 Via Surrogate & Is Keeping The Name A Secret