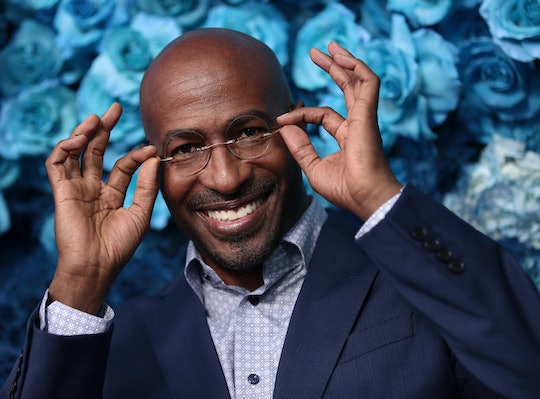 “We decided to join forces and become conscious co-parents.

Political commentator, author, and lawyer Van Jones announced Saturday that he welcomed a daughter this month with his friend, Noemi. In a statement, Jones shared that he and Noemi would raise their daughter as “conscious co-parents,” happily eschewing a more “traditional” family set up.

“After the COVID lockdown, I got clear that I wanted another kid. I discovered that my friend Noemi also wanted a baby. So we decided to join forces and become conscious co-parents," he said in a statement shared with People. “It's a concept that I hope more people will explore and consider.”

He continued, “This month we welcomed to Earth a baby girl, whom we will raise as coparenting partners. This is a special time for our families. I feel grateful, joyful and blessed. As we create a safe and loving environment for this blessed young soul, I respectfully ask for privacy. Thank you for all the love and support.”

This is Jones’ third child and first daughter, whose name the pair have not yet shared. He shares two sons, Mattai and Cabral, with ex-wife Jana Carter. Carter and Jones announced their divorce in 2018 on Instagram after more than a decade of marriage, saying “#FamilyForever Divorce means the end of a marriage, not the end of a family.”

Though “conscious co-parenting,” also referred to as “platonic parenting” or “elective co-parenting,” an arrangement in which two non-romantically connected people raise a family together, probably won’t become the norm any time soon, it has gained attention in recent years. Jones’ fellow CNN broadcaster Anderson Cooper is raising his two children, Wyatt and Sebastian with his ex-partner and best friend Benjamin Maisani. “We actually still live in the same house, because we get along really well and...yeah, it's weird but it works out," he told Ellen DeGeneres on her talk show in 2021. “It's interesting, because he wasn't really sure he wanted to have a kid — which is one of the reasons we probably broke up — but then, he came around to the idea. Now he is such a great parent.”

Jones has largely kept his family life private, but has nevertheless publicly shared the importance of his identity as a father. Upon the election of Joe Biden over Donald Trump in 2020, a tearful Jones said on air, “It’s easier to be a parent this morning. It's easier to be a dad. It's easier to tell your kids character matters. It matters. Telling the truth matters. Being a good person matters."

More Like This
Nick Cannon Welcomes Baby #8, His First With Bri Tiesi, In Beautiful Home Birth
The Bear’s Jeremy Allen White Is A Private Breakfast Chef For His Daughters
Elon Musk Reveals He Gave Himself & His Son X Matching Haircuts In Rare Throwback Pic
Princess Charlotte Makes Her Solo Instagram Debut With A Rare Video