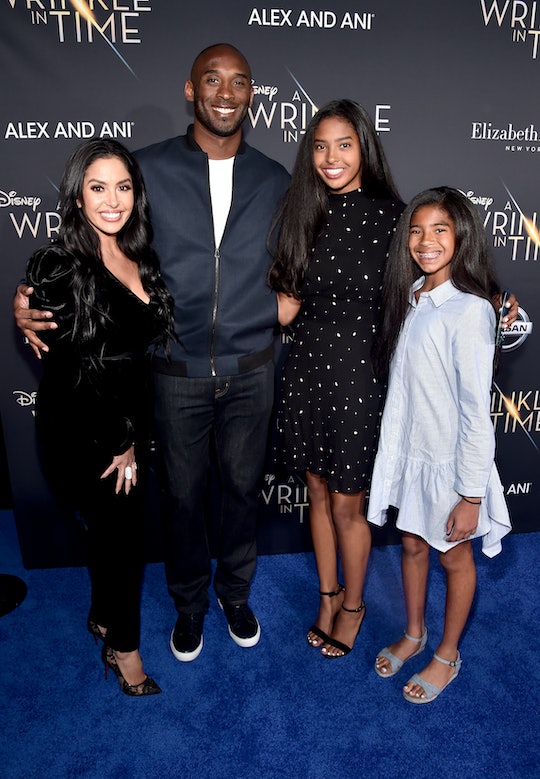 Why Vanessa Bryant Didn't Want Her Daughter To Miss Prom

“Natalia’s experienced so much loss, I couldn’t let her miss out on her once-in-a-lifetime opportunity to go to her senior prom.”

Over the weekend, the oldest daughter of Kobe and Vanessa Bryant experienced a milestone in every teenager’s life — senior prom. Natalia Bryant attended her high school senior prom, which took place the same day her late father was inducted into the NBA Hall of Fame. Her mother wanted to make sure her daughter didn’t miss out on what she called a “once in a lifetime experience,” after experiencing “so much loss.”

“When I was a senior in high school, Kobe and I were engaged and he had a playoff game the night of my prom. Kobe didn’t want me going to prom without him and I didn’t want to go without him,” Bryant captioned her Instagram post shared on May 17. “When we heard Natalia’s prom night and Kobe’s Hall of Fame night was on the same night, I looked at Natalia and said, ‘well if it’s any consolation, daddy kept me from going to my prom, so it’s only right that he tried to keep you from going to yours.’” Bryant joked that even in heaven her dad was still trying to “keep the boys away.”

“Natalia’s experienced so much loss, I couldn’t let her miss out on her once in a lifetime opportunity to go to her senior prom,” the mother of four added. In January 2020, Natalia lost both her father and 13-year-old sister, Gianna (Gigi), in a helicopter crash in Calabasas. The NBA star and Gigi were among nine people who were killed.

The 18-year-old did not attend the induction ceremony. but she did fly out to participate in the Tip-Off Celebration and Awards Gala before heading back to Los Angeles the following morning for prom. The teen donned a beautiful, soft pink gown and matching corsage for the evening.

“Prom!” Natalia, who was recently accepted into the University of Southern California, captioned a photo of herself.

The boys may have been kept away after all because there is no word on if she had a prom date. Vanessa posted a follow-up video of her daughter after prom and captioned it, “I’m so glad you made it to Prom!”