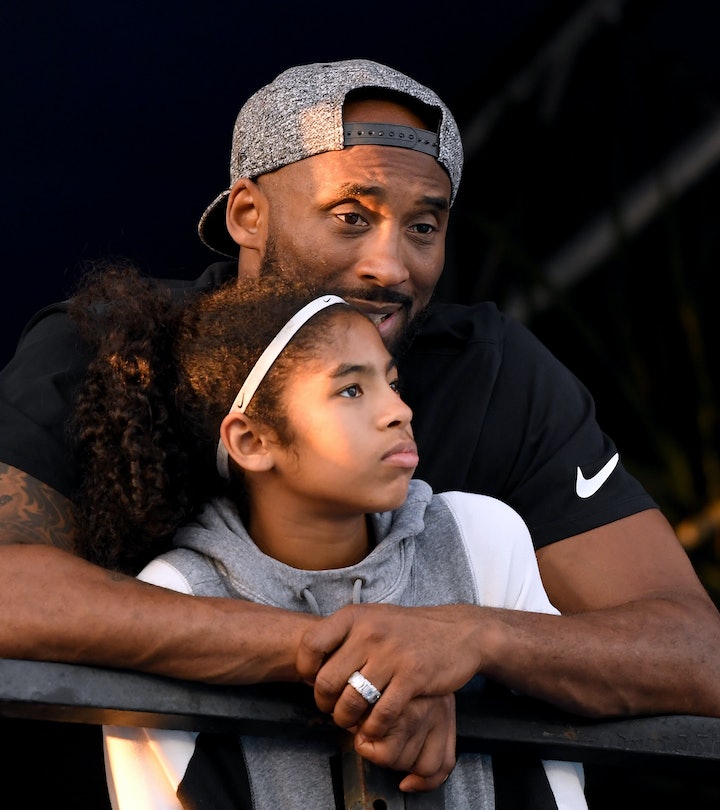 "You have probably heard this, but if I ever become a mom, I hope my daughter turns out exactly as yours did."

It seems almost impossible that a full year has gone by since Jan, 26, 2020, when NBA legend Kobe Bryant and his 13-year-old daughter Gianna, who also went by "Gigi," died in a helicopter crash along with seven others. And to honor them one year later, Kobe's widow Vanessa Bryant shared a letter she received from Gigi's friend and basketball teammate who said she thinks and prays for her family "constantly."

Over the past year, Bryant has worked hard to keep Kobe and Gigi's memories alive through photos and sharing sweet stories of their family together on social media. But on the anniversary of their deaths, she decided to share the mic and honored their memory by sharing a letter from Gigi's friend Aubrey on Instagram.

"Today I received this sweet letter from one of Gianna’s best friends, Aubrey. I love you Aubz (as my Gigi would call you). Thank you so much for beautifully sharing some of your memories of my Gigi with me and allowing me to share them here on my ig," she captioned the post.

The letter from Aubrey went into detail about how Gianna, who was a talented basketball player just like her father, encouraged her to play basketball and helped to boost her confidence. She remembered the 13-year-old girl as "fiery and stubborn, she knew what she wanted and she fought to get it." According to Aubrey, Gianna was also someone who knew when her friend was having a bad day "and knew just how to make it better."

As Gianna's young friend wrote, "My mind constantly thinks of your beautiful daughter. Her smile and attitude push me to be better. You have probably heard this, but if I ever become a mom, I hope my daughter turns out exactly as yours did. She was kind, caring, and endlessly polite. I remember sitting with her at lunch in second grade as she taught us to not eat while we talked. Yet this was not a snotty teaching, she was not correcting us, but helping us be better versions of ourselves."

Aubrey ended the letter by telling Bryant that she hoped "in the midst of your intense sadness, you catch a glimpse of joy in who the daughter you created and raised was. You did it right, Mrs. Bryant, and we are all eternally grateful for you."

Gianna and Kobe Bryant are remembered by wife Vanessa one year after their deaths.

For Bryant, this was exactly how she wanted to honor her husband and daughter. As she wrote in a post "in preparation of 1/26" earlier this month, she wanted to "celebrate their lives, not the day they lost them." And this letter does just that. Beautifully.

"I will never understand why/how this tragedy could’ve happened to such beautiful, kind and amazing human beings. It still doesn’t seem real," Bryant concluded her post. "Kob, we did it right. Gigi, you still make mommy proud. I love you!"