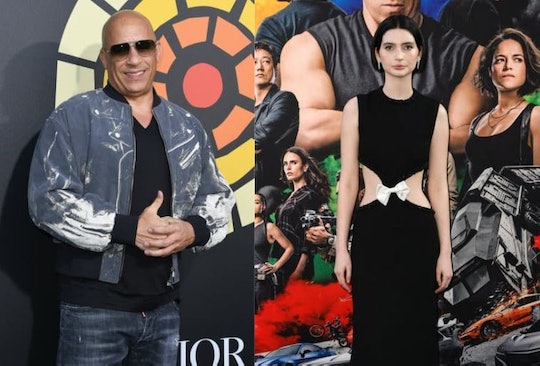 Paul Walker is smiling down from above about this!

Meadow Walker, the daughter of late Fast and Furious star Paul Walker, was unable to have her father celebrate her wedding day with her over the weekend. But she had an equally, special substitute. As her godfather and close friends with her father until his death in 2013 in a car accident, Vin Diesel walked the 22-year-old down the aisle on her special day.

“Ayooooo,” Walker shared a few snapshots of her wedding in the Dominican Republic on her Instagram. She married actor Louis Thornton-Allan in front of “in an intimate celebration,” as she told Vogue. “The pandemic impacted our plans,” she told the magazine. “Louis’ family wasn’t able to attend. A lot of close friends whom we consider family were also unable to attend due to travel restrictions.”

The model told Vogue she and Allan quarantined together in London, where he proposed, in August. (Walker later showed off her custom engagement ring in an Instagram video.)

The F9 star’s bond to his late friend has trickled down to a lifelong bond with his daughter, who was 13 at the time of Walker’s death, and the feeling seems to be mutual. In fact, the 53-year-old actor told Extra that Walker takes “good care” of him.

“She takes good care of me… She's the first person on Father's Day to wish me Happy Father's Day,” he told Extra in a June interview. “To see her with my children is one of the most beautiful things. There are moments when I see her playing with Pauline and it hits me so deep ‘cause I can only imagine what my brother sees when he sees that… I feel very protective. It goes beyond the movie.”

Congratulations to Meadow and Louis!