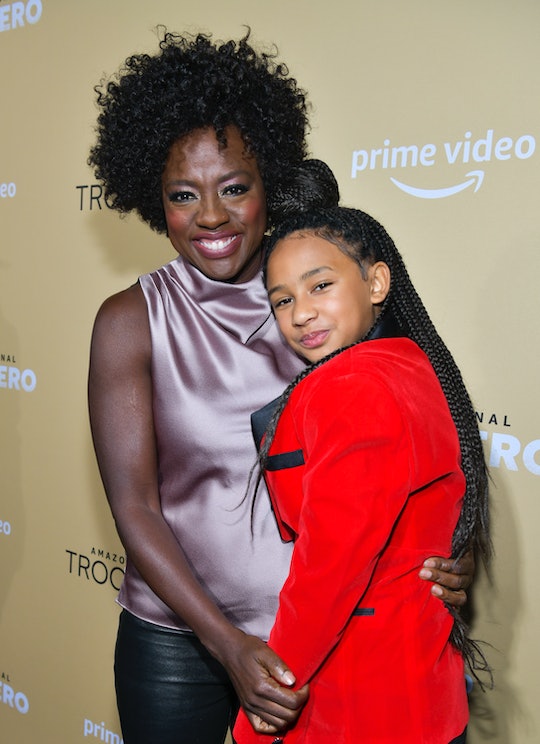 It can be really tough for kids to figure out what to put on their Christmas lists, and you can't really blame a kid for going the easy route by picking just... everything. Safety in numbers, right? Not in this case. In a virtual interview on Live! With Jimmy Kimmel, Viola Davis revealed how she reacted to her daughter's Christmas list and it was one parents know all too well when we get a glimpse at our own kids' avarice over the holidays.

The Ma Rainey star told Kimmel that Genesis, her 10-year-old daughter with husband Julius Tennon, filled out her very first Christmas list this year. And it seems Genesis decided to get the ball rolling with a whopping, expensive list of ideas that her mother simply was not having. As Davis shared, "She had things on that list where I had to say, ‘Let me tell you something, okay Genesis? I don't care how much money you think mommy has, 98% of the stuff on this list you're not gonna get.'"

Viola Davis is not here for her daughter's expensive Christmas list.

In Genesis' defense, this was her very first list and there could be a learning curve to these things. Davis' daughter is not the only kid out there hoping to get a big payoff come Christmas morning, of course, and Kimmel pointed out that there's a balance parents need to find with gift-giving. "You have to figure out a way," Kimmel said, "otherwise they don't appreciate if you give them too much stuff, right?"

While Davis might not be the mom to buy her daughter the new iPhone, she is the mom to give her an even better gift. The gift of self-worth. Davis told People in 2019 that she is all about encouraging her daughter to feel "good enough" no matter what, “I tell her that she’s going to make some big old mistakes, and that Mommy is not going to have the answers, and sometimes you’re not either. I’m the mom who says, ‘You’re good enough wherever you are, but there’s going to be times when you don’t feel good enough.’ I’m not the mom who’s just going to tell her a bunch of lies about life, because I want her to be the best woman in the room.”

Phones and cameras and glitzy gifts come and go, but the gift of self-worth Viola Davis is passing along to Genesis is the gift that goes on forever.

More Like This
How Old Should Kids Be Before They Watch The 'Christmas Story' Sequel?
Andy Cohen's 3-Year-Old Son Ben Has Officially Taken Over An Important Hanukkah Tradition
David Beckham Impressed Mariah Carey With His Rendition Of "All I Want For Christmas"
20 Of The Best Christmas Movies For Kids