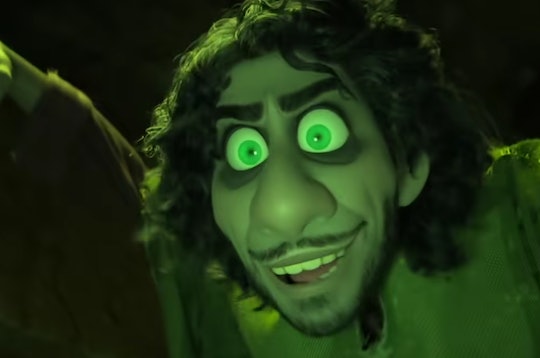 10 "We Don't Talk About Bruno" Memes To, Well, Talk About

Who could have predicted “We Don’t Talk About Bruno” would become the breakout hit of Disney’s Encanto? The song about an outcast family member of the Madrigals is essentially a sing-a-long roast and has become the ultimate internet fodder inspiring all kinds of “We Don’t Talk About Bruno” memes. Ironic given the fact that in the song, all of the characters basically dump on Bruno and his weirdly accurate prophecies. That’s about as far from Frozen’s “Let It Go” or Lion King’s “Circle of Life” as you can get. And yet it’s a super earworm. So much so it usurped Adele!

The truth? Your powers against “We Don’t Talk About Bruno” are useless. Give in to the glory that is this spellbinding Disney hit.

More Like This
20 Of The Best Movies To Watch This 4th Of July
'Hocus Pocus 2' Officially Has A Release Date To Look Forward To
These 30 4th Of July Memes Will Crack You Up
Kristen Bell Just Hinted That 'Frozen 3' Is Maybe (Hopefully!) In The Works