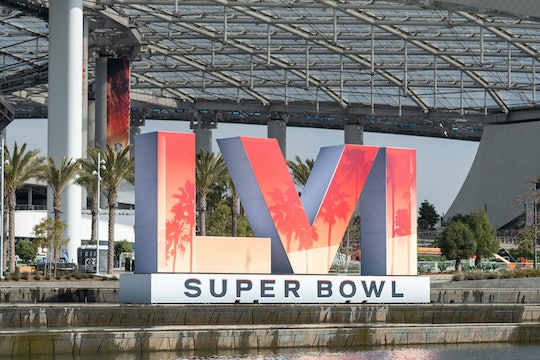 What Does Super Bowl LVI Stand For In Roman Numerals?

Football has nothing to do with Rome, and yet the National Football League (NFL) insists on using Roman numerals for its annual Super Bowl name. You see it every year, the numerical system ends the big announcement of dates for the mega football game and used in the logo. But, let’s be honest, not all of us actually know what those numbers stand for. And that’s OK. Here’s the answer to what the 2022 Super Bowl LVI stands for in Roman numerals.

What Does Super Bowl LVI Stand For In Roman numerals?

In Roman Numerals LVI is equal to 56. That means that on Sunday, February 13, 2022, NBC will air the 56th Super Bowl game between the Cincinnati Bengals and Los Angeles Rams in SoFi Stadium — the home of the Rams — in Los Angeles.

Why Does Super Bowl Use Roman Numerals?

Instead of just writing out the far more simple 56, you’re probably wondering why on earth the NFL insists on using Roman numerals. It’s to add a little pomp to the proceedings, NBC reports.

It all began back in 1996, the site explains, when the American Football League and the NFL agreed to merge for the 1970 season. Prior to this, the two had competed in a championship game. And to avoid confusion, they decided to give the games numbers. Fair enough.

The numeral addition? Well, that was the brain child of AFL and Chiefs founder Lamar Hunt. He thought it would make the event seem more important, according to NBC. The first Super Bowl was actually Super Bowl V (or 5) and the numerals were added retroactively to the original four games’ logos. The only time they haven’t been used was for Super Bowl 50. That’s because 50 in Roman numerals is L and, SB Nation says, after testing 73 different logos, the NFL ultimately decided 50 just looked more exciting. Go figure.