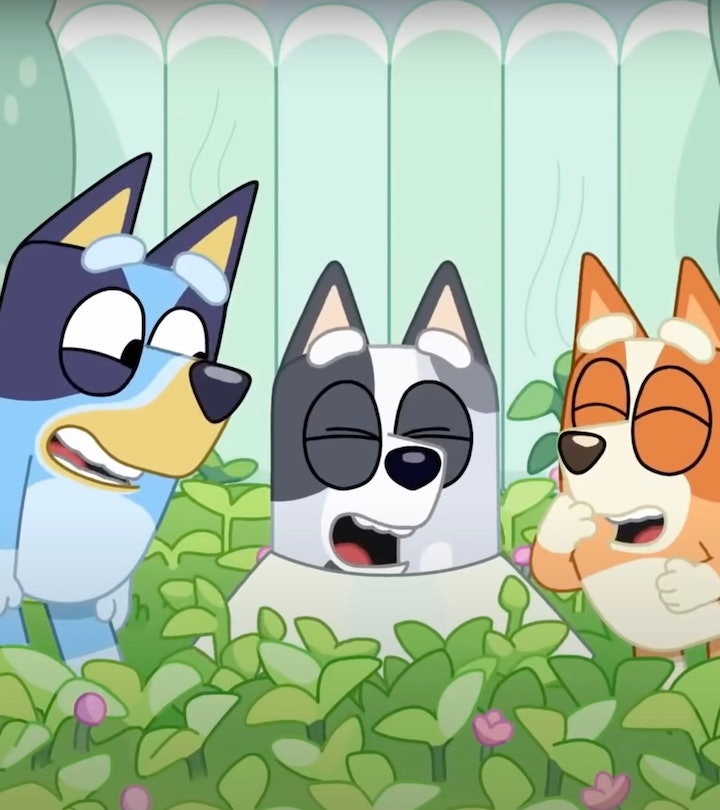 A Guide To Every Dog Breed In Bluey

Bluey is based on an actual dog breed, for real life!

Other than being a 6-year-old dog, Bluey Heeler is just like any kid. She likes dressing up and playing games with her younger sister, Bingo, spending time with her dad Bandit and her mum Chilli, and hanging out with her friends. But if you’ve ever watched the animated Australian kids’ show (and if you have little kids, you definitely should watch!), then you may be curious: what kind of dog is Bluey and her family? A guide to all the dog breeds featured on the Emmy-winning series is below.

Bluey and Bandit are Blue Heelers.

Like her name hints, Bluey is a blue heeler, also known as an Australian cattle dog, who can be born with blue or red coats. According to the American Kennel Club (AKC), this breed is “compact but muscular” with “boundless energy,” who become “bored and gets into mischief.” Sounds just like Bluey!

Several of Bluey’s family members are also Blue Heelers, including her dad, Bandit, and her cousin, Muffin.

Bingo and Chilli are Red Heelers.

Bingo and Chilli are red heelers, which are also known as Australian cattle dogs. “Both coat varieties feature distinctive mottling or specking patterns,” according to the AKC.

Their friends feature a wide mix of dogs.

Bluey and Bingo’s friends are a diverse group of dogs. These include:

The Bluey Wiki lists all the dog breeds represented in the show from side characters. These include:

Other breeds included in Bluey.

These characters weren’t a big part of the show (they weren’t even named!), but they represent even more dog breeds.

There are more than 50 different dog breeds featured in Bluey! And who knows? There may be even more when Season 3 comes to the U.S. on August 10. Stream Bluey on Disney+.