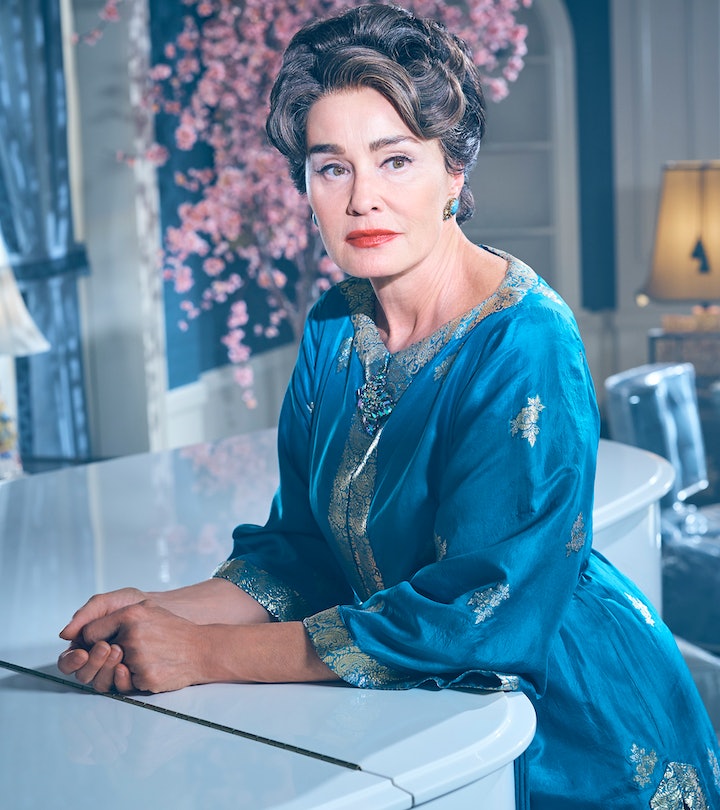 The actress’ daughter Cathy has, however, come to her defense.

Joan Crawford fans may think they know all there is to know about the actress’ personal family life, thanks to Mommie Dearest, the 1978 memoir written by her eldest, adopted daughter, Christina Crawford. But as depicted in the 2017 FX miniseries Feud: Bette and Joan, Crawford had three other adopted children. Crawford's children don't all agree with the legacy of Christina's tell-all book, and because of that family feud, Joan Crawford's twins, Cathy and Cindy, have stayed largely out of the spotlight.

Crawford also had a son named Christopher, who, like his older sister, was estranged from his mother at the time of her death in 1977. He died in 2006. Both Cathy and Cindy denounced Mommie Dearest, along with the 1981 film of the same name starring Faye Dunaway, and any allegations of abuse that Christina depicted in the memoir. Sadly, Cindy died in 2007 at the age of 60. In January 2020, Cathy died from a long battle with lung cancer, according to Deadline. She was 72 years old. But before her death, Cathy spoke at length to Crawford biographer Charlotte Chandler for Not the Girl Next Door. In the book, which was published in 2008, Cathy claims that although she grew up in the same house as Christina, her older sister's book embarrassed her and her twin sister.

“It makes me very sad. Every time Mommie’s name is mentioned, that book is mentioned. I don’t want to give it any more publicity than it’s already had,” Cathy told Chandler. “Even when people say or write good things about my mother, that book gets linked to her name. It’s so unfair.”

Instead, Cathy had nothing but fond memories of her mother, who’s remembered for her roles in 1962’s horror film What Ever Happened to Baby Jane?, the 1941 drama A Woman's Face, and many more. Cathy said that although they were disciplined and made to do chores at a young age — like washing dishes before they could reach the sink — it was always in the name of raising them to be responsible.

“Mommie was strict,” Cathy stated. “She believed in discipline. I remember once doing something when I was little for which I had to stand in the corner. I don’t remember anymore what it was. I guess we all stood in the corner sometime in our lives. I remember another time, when I said I didn’t like my dinner and I didn’t want to eat it. I didn’t have to eat it, but I didn’t get something else. I had to go to bed without dinner. I don’t think it was such a terrible punishment.”

She disagreed so much with Christina's account of things that she took her to court in 1998 for defamation. In Mommie Dearest, Christina maintains that Cindy and Cathy were not twins but that Crawford adopted two girls who looked alike for “publicity” purposes. Cathy maintained that her eldest sibling made such claims for “crass commercial purposes.” Cathy won the suit and received $5,000 in damages.

Cathy is survived by her two children, Carla and Casey, keeping with Crawford's tradition of giving her brood names that began with the same letter. Hopefully, they have found some peace with Joan Crawford's personal legacy.

This article was originally published on March 26, 2017