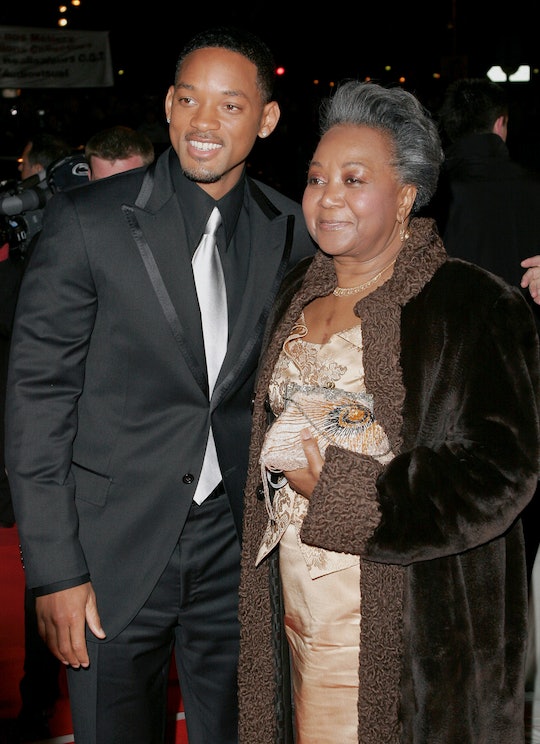 Will Smith’s family is speaking out following the actor’s Oscar win and the notorious “slap heard ‘round the world.” In an exclusive interview with WPVI in Philadelphia, Smith’s mother, Carolyn, shared that she was shocked by the viral moment and expressed overwhelming happiness and pride that her son “finally” won Hollywood’s highest honor after having been nominated twice before.

“I thought he should have had an Oscar for all of them,” she told WPVI, and later continued, “When I heard the name I was just... yes!”

As for Smith slapping comedian Chris Rock after the comedian made a joke about Smith’s wife, actress Jada Pinkett-Smith’s close cropped hair — a stylistic decision based on hair loss due to alopecia — Carolyn, like the rest of the world, was surprised. “He is a very even people person. That’s the first time I’ve ever seen him go off. The first time in his lifetime.”

The King Richard star’s sister Ellen didn’t comment on either her brother’s win or infamous moment specifically, but spoke to the intense pressure she’s seen her brother undergo over the course of his decades-long career. “You really don’t know what it takes to get there,” she told WPVI. “I’ve had conversations with him and it really kind of broke my heart listening to the things he said he had to go through to get to where he is.”

Surprised though she may have been, Carolyn has not let the infamous moment dampen her joy or pride. “I am proud of him,” she concluded. “The end.”

The comments come on the heels of Smith’s public apology to Rock, posted to Instagram.

“Violence in all of its forms is poisonous and destructive. My behavior at last night’s Academy Awards was unacceptable and inexcusable. Jokes at my expense are a part of the job, but a joke about Jada’s medical condition was too much for me to bear and I reacted emotionally,” he wrote on Instagram on Monday night. “I would like to publicly apologize to you, Chris. I was out of line and I was wrong. I am embarrassed and my actions were not indicative of the man I want to be. There is no place for violence in a world of love and kindness. I would also like to apologize to the Academy, the producers of the show, all the attendees and everyone watching around the world. I would like to apologize to the Williams Family and my King Richard Family. I deeply regret that my behavior has stained what has been an otherwise gorgeous journey for all of us. I am a work in progress.”

This official statement augments Smith’s apology to the Academy at the Oscar ceremony, where he evoked his character, Richard Williams, father of tennis champions Venus and Serena Williams whom Will played in King Richard. “Art imitates life,” he said, smiling through tears. “I look like the crazy father, like they said about Richard Williams, but love will make you do crazy things.”

For his part, Williams told NBC news via his son, Chavoita LeSane. “We don’t know all the details of what happened, but we don’t condone anyone hitting anyone else unless it’s in self-defense.”

Pinkett-Smith has also seemingly responded, breaking her silence on Instagram, simply writing: “This is a season for healing and I’m here for it.”