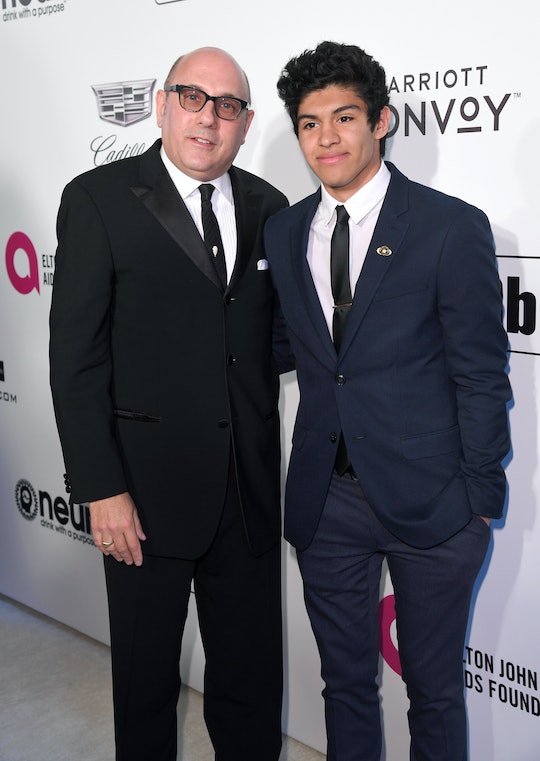 “I will always love you, but I think it’s time for you to go on an adventure of your own.”

Actor Willie Garson, who is perhaps best known for his role as Carrie Bradshaw’s friend Stanford Blatch from Sex and the City and the upcoming HBO reboot And Just Like That..., died at the age of 57 on Tuesday. He left behind heartbroken friends, fans, and a son who wrote a beautiful tribute to the dad he lost.

Garson’s son Nathen took to Instagram on Tuesday to let the world know he had lost his father. He shared a beautiful series of photos of Garson sitting by the ocean, hiking, and playing the trombone, alongside a personal message.

“I love you so much papa,” Garson wrote. “Rest In Peace and I’m so glad you got to share all your adventures with me and were able to accomplish so much. I’m so proud of you. I will always love you, but I think it’s time for you to go on an adventure of your own. You’ll always be with me. Love you more than you will ever know and I’m glad you can be at peace now. You always were the toughest and funniest and smartest person I’ve known. I’m glad you shared you’re love with me. I’ll never forget it or lose it.”

Several celebrities who knew both father and son reached out with beautiful messages of support for the young man. Actor Kevin McHale wrote, “I’m so so sorry Nathen. How lucky you two were to have had each other. Seeing how he loved you was one the greatest things to witness.”

Actress Sharon Lawrence added, “Nathan, you were the light of his life. Those of us who knew him before he found you, saw the difference in him as he fell in love with you as sweet little boy. What a gift it must have been to feel the warmth in his heart from the moment he chose to hold you close. His love is with you always and those of us who love and admire him are grateful for the happiness being your Dad brought him.”

Garson adopted Nathen as a 7-year-old in 2008 when he was attending an adoption fair in Los Angeles. "He was balancing himself on a curb, and I was like, 'That's my kid,' " Garson told People. "I knew it right then."

He went on to explain in a 2014 Father’s Day interview for the magazine that adopting Nathen as a 7-year-old rather than adopting a baby made the two of them “partners” in a way. “When I first became a dad to Nathen, everything had such newness to it,” he shared with the magazine. “But we both wanted this adoption, and we worked things out together because we are partners in this.”

In January, Garson shared a sweet memory of the day he adopted Nathen on Instagram with a photo of the two of them in court and the message, “January 27, 2010. Adoption Day, LA Children’s Court.Best day of my life. Always. It’s an honor @nathen_garson, today and every day.”