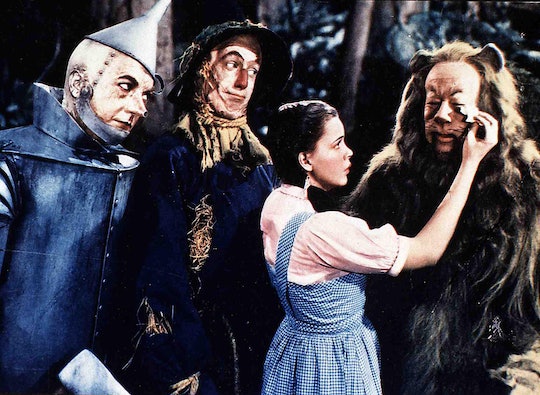 But will the flying monkeys be back? That's the real question.

It's been more than eight decades since this classic hit the big screen in 1939, and now there's a Wizard Of Oz remake in the works. The internet is having a whole lot of feelings about the announcement, but there's one question surely on everyone's mind: Will those flying monkeys from the original be included in the remake?

This week, Deadline reported that the Emmy-winning director/producer of HBO's Watchmen, Nicole Kassell, has been pegged to direct a remake of Wizard Of Oz for New Line Cinema. Kassell directed three of the nine episodes of Watchmen, the series based on the graphic novels of the same name by Alan Moore, including the popular pilot episode.

Kassell's new project will be another book adaptation, as Wizard Of Oz is based on the 1900 tale The Wonderful Wizard Of Oz written by L. Frank Baum about a young girl named Dorothy Gale from Kansas who gets swept off to the magical land of Oz with her dog Toto. As we all know, Dorothy meets new friends in her efforts to meet the fabled Wizard of Oz and return home before the Wicked Witch of the West finds her, including the Scarecrow, Tin Man, and Cowardly Lion (a name that always struck me as especially cruel; they didn't call the Tin Man the Heartless Tin Man). And let's not forget, she also has to escape the Wicked Witch of the West's "pretties," those flying monkeys...

'Wizard Of Oz' is getting a remake.

Of course, this is not the first retelling of Wizard Of Oz. There was the Diana Ross, Michael Jackson musical The Wiz from 1978, Disney’s 2013 Oz the Great and Powerful, and Broadway's Wicked, which is more Wizard Of Oz adjacent as it tells the story of the Wicked Witch herself. That's just naming a few.

Will Kassell stay true to the original film? It sounds like we can expect some "re-imagining" in the remake. "I am incredibly honored to join Temple Hill and New Line in bringing this beloved classic to the screen. While the 1939 musical is part of my DNA, I am exhilarated and humbled by the responsibility of re-imagining such a legendary tale," she told TODAY. "The opportunity to examine the original themes — the quest for courage, love, wisdom and home — feels more timely and urgent than ever. These are profoundly iconic shoes to fill, and I am eager to dance alongside these heroes of my childhood as we pave a newly minted yellow brick road!"

While no release date or casting news have been set, the remake has already had mixed reviews on social media. Many felt there was no need to do another. "It's a classic and needs to be left alone won’t be watching some screwed-up fresh look!" one person tweeted. Still others were excited to see a fresh retelling. "One of my all time favorite movies, cant wait," another chimed in.

It will be intriguing to see what Kassell can do. One request: tone down the flying monkeys. Some of us need to be able to sleep at night.