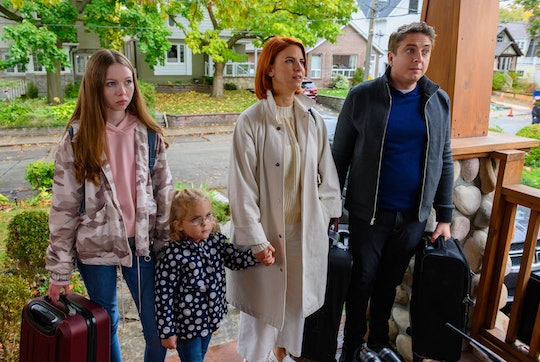 ATTN: Workin’ Moms Season 6 Is Already In The Works!

Season 5 of the hit Canadian comedy Workin’ Moms has only just hit Netflix and, of course, fans of the sitcom are already clamoring for more. Thankfully, Season 6 of Workin’ Moms is in the works, meaning fans can expect to see the comedy deliver even more of the hilarious and all-too-relatable working mom hijinks it's become known for in 2022.

In early June, Workin’ Moms creator and star Catherine Reitman revealed the show’s writers, cast, and crew were already beginning to work on a sixth season — and over Zoom no less. “Word’s out! Season 6 of @workinmoms is underway,” Reitman wrote while sharing screenshots from recent Workin’ Moms virtual meetings on June 2. While not much is known just yet about Season 6, here’s what you can expect so far.

With Reitman only recently announcing Workin’ Moms had been given the go-ahead to begin working on a sixth season, not much is known about exactly when fans can expect to see that season premiere. That being said, if work on the upcoming season follows previous seasons' production timelines, it might be safe to assume Season 6 of Workin’ Moms will become available to U.S. viewers in the summer of 2022. The official Workin’ Moms Twitter account revealed Season 6 will be available to watch in Canada on CBC “this winter.”

According to The Cinemaholic, previous seasons of Workin’ Moms were in production for eight to 11 months before being rolled out to Canadian viewers via CBC. Seasons then premiere on Netflix in the United States a few months later. For example, earlier this year, the fifth season of Workin’ Moms premiered in Canada in February before arriving on Netflix on June 15. And thankfully, its 10 episodes provide the perfect distraction as we wait for Season 6 of Workin’ Moms.

As with past seasons, viewers in the United States will likely only be able to watch Workin’ Moms’ sixth season on Netflix. The streaming platform is also where old and new fans alike can catch up on previous seasons.

Since its debut on CBC TV in Canada in 2017, Workin’ Moms has given viewers a realistic look at some of the more challenging and even down-right guilt-inducing realities of motherhood. In its first few seasons, the show has tackled very real things like abortion, the heaviness of postpartum depression, the awkwardness of pumping at the office, and navigating decisions to stay late at work to chase a potential promotion instead of making it home in time for baby’s bedtime. We’re not sure what exactly is in store for Season 6 just yet, but it’ll undoubtedly be just as hilarious and relatable as the past five seasons.