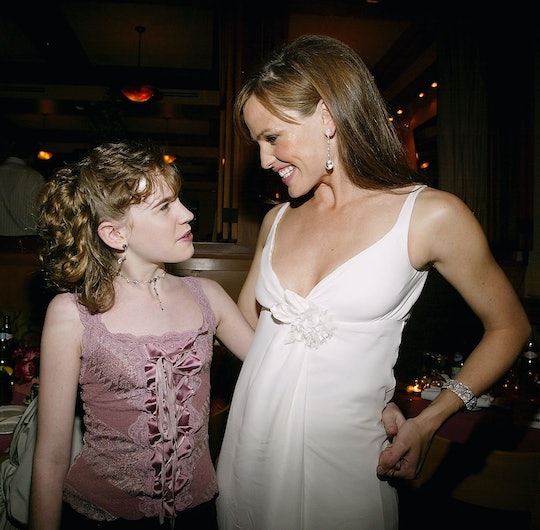 13 Going On 30 star Christa B. Allen celebrated her 30th birthday with a tribute to the beloved 2004 movie.

We all remember Jenna Rink, the 13-year-old girl from 13 Going On 30 who wanted nothing more than to be “thirty, flirty, and thriving.” Well, the actress who played young Jenna just turned 30, and yes, we could sit around feeling desperately old. But instead let’s follow in the footsteps of the adult Jenna Rink herself, Jennifer Garner, and celebrate.

Christa B. Allen played young Jenna Rink back in 13 Going On 30 back in 2004, and she celebrated with an incredible little miniseries that is as charming as the movie itself. In this 5-part series shared to her social media channels called “Vienna,” Allen chats with a 13-year-old version of herself who gives her advice on how to live her life now that she’s turning 30, and her advice is pretty on point for a teen.

When Allen notes that lots of people turn 30 in one video, her teen version responds, “Lots of people didn't make a movie telling a bunch of young girls that their only two choices in life are to be wildly successful and alone, or to get married, have kids, and decorate some cheesy house. I'm just saying, it's all based on some lie that women can't have it all, but what is all and who made that list? Look, not everything's just going to magically fall into place the second you turn 30. [It will] when you realize you've already met the love of your life. You.”

Jennifer Garner wished her former co-star a happy birthday as well, taking to her Instagram Story to celebrate Allen turning 30 by sharing a video of her putting on her makeup and dressing in the iconic dress from the movie along with a message reading, “Look who’s 30! The OG Jenna Rink! Happy Birthday @christaallen.”

Allen’s decision to incorporate 13 Going On 30 into her own celebrations came after she realized how much fans loved the movie based on her TikTok video content. “When I started my TikTok journey two years ago, I had no idea how much people would love 13 Going on 30 content,” she wrote on Twitter. “After several videos went viral, fans were asking for a sequel by the hundreds. This short series 'Vienna' is less of a sequel, more of a response- I hope you love it!”

Fans did seem to love it, taking to Allen’s Instagram to leave messages like, “Happy Birthday!! This is iconic,” and of course “Happy 30, flirty, and thriving.”

Jenna Rink is officially 30 years old. And she certainly seems to be flirty and thriving. All is right with the world.