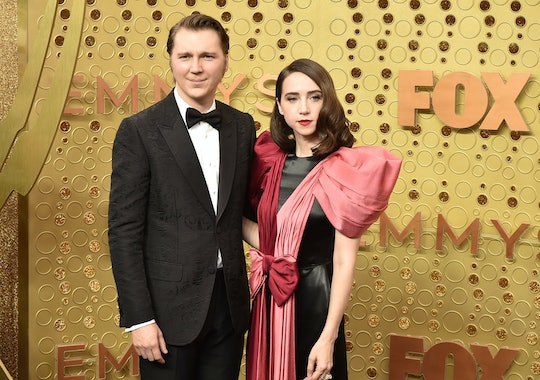 The couple are already parents to 4-year-old daughter Alma.

Zoe Kazan really knows how to keep us all on the edge of our seats. The She Said actress welcomed her second baby with partner Paul Dano recently, but she didn’t officially announce that birth until three weeks after her child was born. Talk about holding for a dramatic pause.

Kazan joined fellow She Said star Carey Mulligan for an interview on TODAY with Hoda Kotb and Jenna Bush Hager on Monday to discuss their new movie and, of course, the actress’ second pregnancy. She initially announced that she was expecting her second child with a gorgeous baby bump photo on the cover of Marie Claire just days ago to promote her film. And when Kotb asked her “how long ago” she had welcomed her second baby, Kazan casually said it was “three weeks ago.”

In keeping with her history of keeping her personal life as private as possible, Kazan did not share any more information on the second child she had welcomed with Dano, her partner of 15 years.

Kazan and Dano are also parents of 4-year-old daughter Alma, and Dano was the one to announce her arrival during an interview on The Tonight Show with Jimmy Fallon back in 2018. “I'm so tired and I'm so in love,” he said about welcoming his daughter at the time, per E!. “It's so extreme. Your heart has gone supernova in one sense.”

Becoming a mother of two and then heading out for a press tour just three weeks later can’t have been easy for Kazan, who opened up about her struggles with work-life balance as a mom in her Marie Claire interview. “Everyone talks about work-life balance, but it's also really hard to balance your priorities,” she said. “I wanted to be the person who took my daughter to her first day of preschool, and I couldn't do that because I felt like this job, this work was as important as that. And vice versa.”

It’s a struggle working moms across the country understand all too well, although not many of us are expected to be on television for a press tour mere weeks after welcoming a baby.

Hopefully Kazan and Dano get a little downtime over the holidays to adjust to parenting two little ones together. Because it’s always an adjustment.